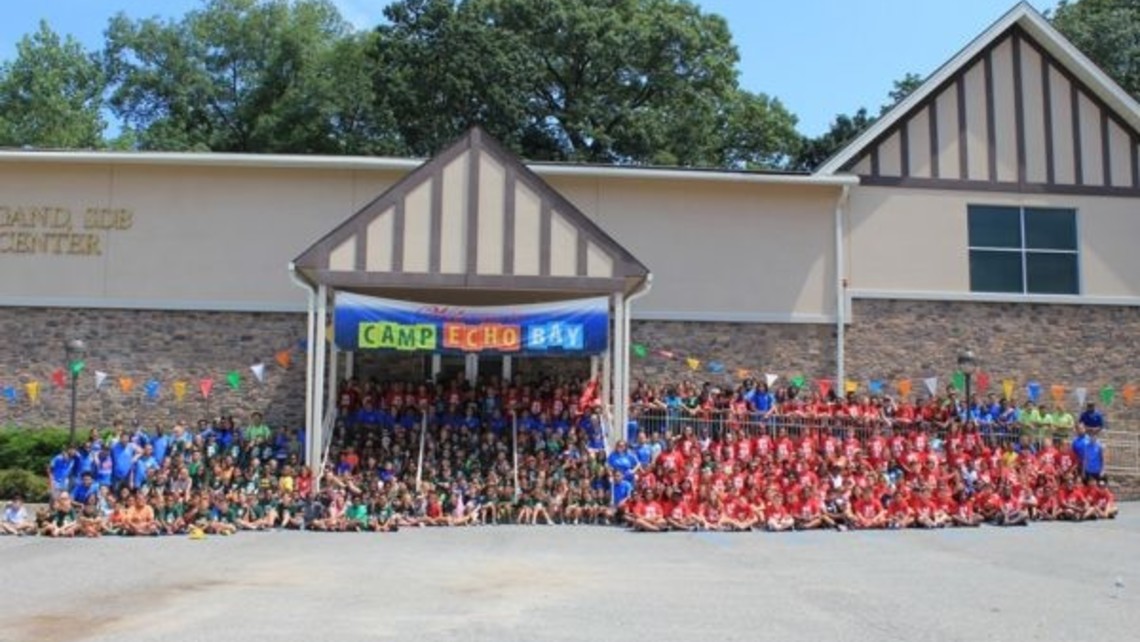 CEB carries out St. John Bosco’s mission of offering the young a home that welcomes, a school that prepares for life, a parish that shapes Christian values, and a playground where lasting friendships are made, putting that mission into summer, rather than academic, perspective.

This season, CEB set records in registered campers, with as many as 465 kids, ages of 4-14, in a single week; over 50 campers in the Pre-K/Kindergarten (prepping these tykes for what school will be like in September); and even maintaining unprecedented enrollments above 400 campers in the final two weeks.

From the moment you walk onto the property, you can tell there’s something different about CEB, evident in the characters showcasing the week’s theme, played by counselors, and the counselors’ big, friendly smiles. Parents and children feel welcome right away.

The camp’s success flows from the top. Camp director Arthur Schoenherr is responsible for making sure each of the counselors is capable of providing that type of home feeling. Half of the CEB staff consists of former or current students of Salesian High School, while the rest is made up of former campers. They are tasked to make every day memorable for the campers, and on the playground, you can see how successful they are.

Mr. Schoenherr tells the staff there’s nothing, in particular, he does that makes CEB so successful. The enthusiasm of the staff is the key; they want to be there practically all the time. Success also follows from planning done for months before camp opens by people like program director Thomas Siefring so that the property transitions from a high school into a place where children can have fun. Working through the summer’s heat and staying late after camp to prepare for events on Carnival Day are examples of staff dedication. It’s not easy to find a staff like that, but CEB finds a way to keep bringing staff members back—some for 5 years, and others for 16.

Unnoticed in a setting like a day camp is the relationships formed on the playground and the lasting impact they have on campers’ and counselors’ lives. On our last day this year, many campers, particularly the fourth through sixth graders, walked to their cars in tears. The relationships formed at CEB carry through the school year and the following summers. They have such an impact that, for example, families who have moved as much as 45 minutes away still make the drive to the friendly, safe campus CEB provides. As a counselor, it’s rewarding to think you’ve had the kind of impact on a child that she practically begs her parents to go out of their way for seven weeks in a year.

Every day campers are given a brief chapel period where they learn about the impact St. John Bosco had on young people. They have also been exposed to parables from the Bible in skits acted out by older campers. This exemplifies the parish aspect of St. John Bosco’s mission, in addition to the weekly Masses that campers attend.

For the longest time, CEB has sold itself as a summer of smiles, and this camp season showed that again. As the season closed, some parents would pull into the parking lot asking for just one more week while also showing gratitude for the tireless effort and dedication the staff put forth.

CEB, a staple in the New Rochelle community for many years, has been transformed into the “happiest place in New Rochelle,” as one parent said on the last day this summer.

These are the kids the camp serves. END_OF_DOCUMENT_TOKEN_TO_BE_REPLACED

Don Bosco is smiling down upon Chicago! END_OF_DOCUMENT_TOKEN_TO_BE_REPLACED

Salesian Voices Echo Once Again at the UN

The event was organized by the Justice Coalition of Religious and REDES. END_OF_DOCUMENT_TOKEN_TO_BE_REPLACED