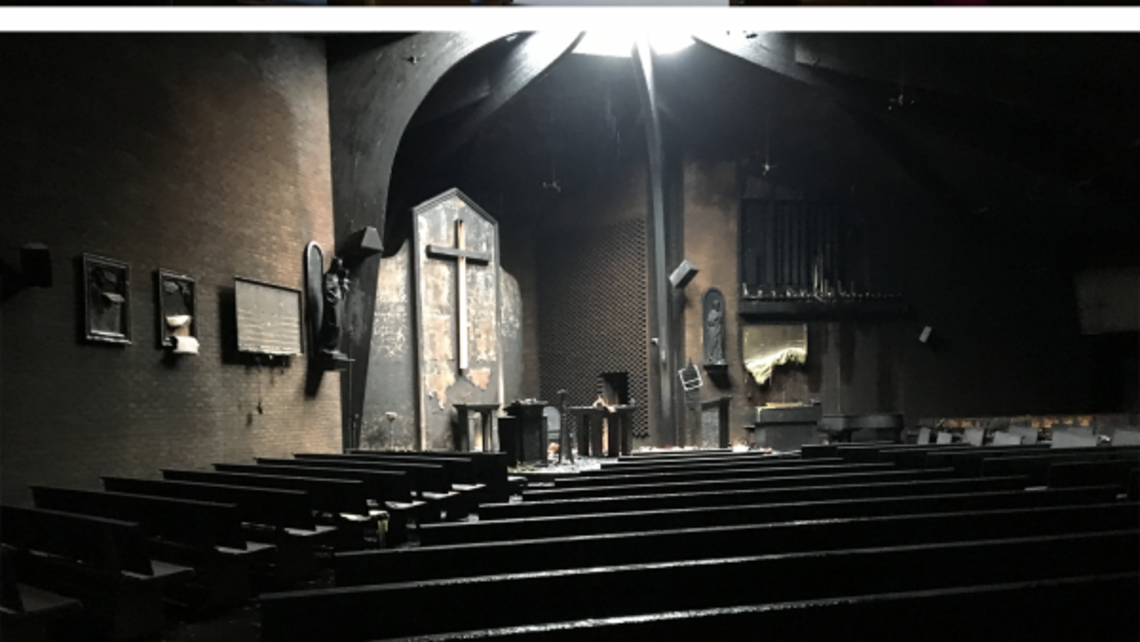 The fire alarm went off in the Chapel at Mary Help of Christians Academy, 659 Belmont Avenue, North Haledon, NJ at 1:29 am on Friday, May 18th.

The four-alarm blaze brought responses from the fire departments of North Haledon, Hawthorne, Franklin Lakes, and Paterson municipalities, and was finally extinguished around 4:00 am.

Originally built in 1976 and later renovated in 2016 due to water damage, our Chapel has suffered devastating damage to its interior and structure. Functioning as the heart of the Academy as well as the center of activities for the St. Joseph Province of the Salesian Sisters, the Chapel is where students convene for all major events – including the upcoming Baccalaureate Mass on June 1 and Commencement on June 2 – and where they gather regularly for worship and prayer.

Though our hearts are heavy, we are fortunate to be able to report that no one was harmed and that firemen were able to rescue the most precious item in the chapel: the tabernacle. During a morning assembly led by Principal Sr. Marisa DeRose, FMA, our community wept as photos of the charred altar, pews, and melted Peragallo Pipe organ were shared, along with a warning to students to keep far from the building. The Sisters, students,faculty, and staff of the Academy are devastated by this loss, but remain thankful to the dedicated firemen who contained the fire before it could cause additional damage to our facilities.

A testament to the strength of our community, the first donation to help rebuild the chapel was received from a faculty member before the school day had even begun; upon hearing about the blaze on the fire scanner radio, she was immediately moved to help.

Thanks to everyone who participated in the various events with Fr. Ángel and Fr. Hugo. END_OF_DOCUMENT_TOKEN_TO_BE_REPLACED

Thank you to everyone who helped with and prayed for this beautiful and historical visit! END_OF_DOCUMENT_TOKEN_TO_BE_REPLACED