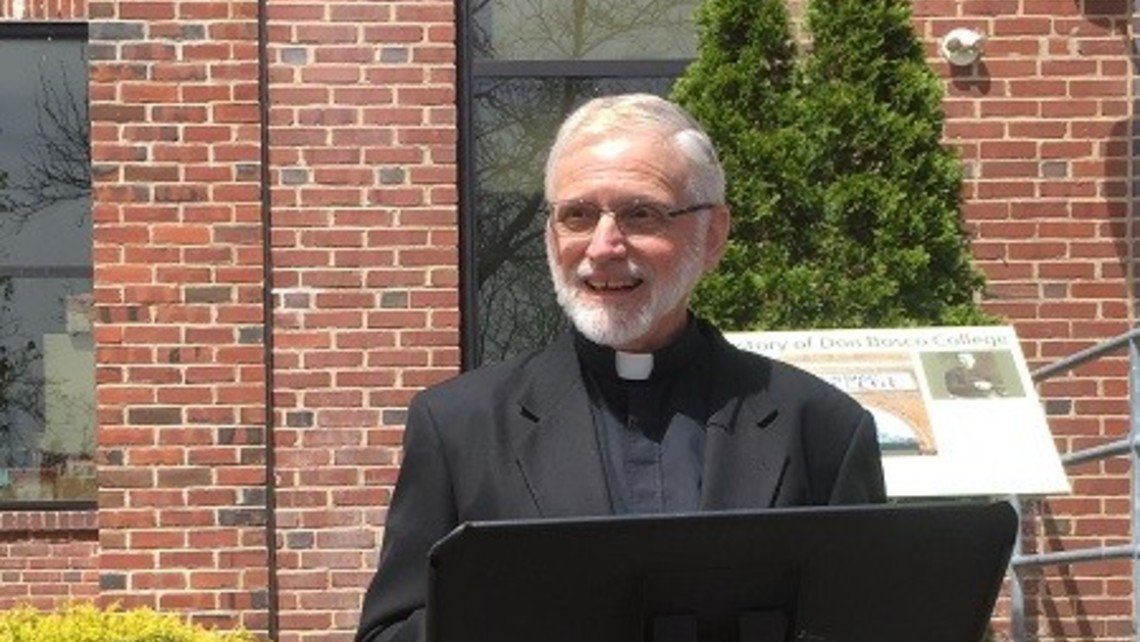 (Newton, N.J. – April 26) – The year was 1928. The location was the grounds of what had been known as the Horton property in Newton, N.J. The principal individual involved was Fr. Richard Pittini, SDB. Fr. Pittini, a native of Italy, had become the provincial superior of the Salesians in the Eastern United States the previous year, and he was looking for an appropriate place for a seminary for training future Salesian priests and brothers. This beautiful property nestled in the rolling hills of Sussex County seemed to fit the bill perfectly. The sale was finalized in August 1928 at a price of $50,000.

The Horton mansion was reconfigured to include a chapel, kitchen, dining room, classrooms, and dormitories. Unfortunately for the residents, the kitchen was located directly beneath the chapel, causing significant distractions during early morning meditation and Mass as the scent of freshly baked bread seeped up through the floor boards.

A seminary was soon established, and following accreditation by the State of New Jersey it assumed the name Don Bosco College, with authority to grant a Bachelor of Arts degree with a major in philosophy. Some years later, accreditation by the Middle States Association of Schools and Colleges also was obtained.

Over the decades the number of students increased and new buildings were erected: a larger residence with a gym and chapel, an academic building with a state-of-the-art library, and a novitiate building. On the high hill overlooking the college buildings, a summer camp developed that at its height welcomed some 350 boys each summer for up to eight weeks.

Fast forward 60 years from 1928 to 1988, and it had become clear that the number of young men seeking to enter the priesthood and brotherhood had diminished to the point that it had become obvious that the Salesians could not sustain a fully accredited college. In 1989 the provincial superiors decided to move the formation program to South Orange, N.J., with Caldwell College and Seton Hall University replacing Don Bosco College as the centers for the education of candidates and young professed SDBs. The Don Bosco College buildings and property were leased to the newly forming Sussex County Community College with an eye toward an eventual sale, which was consummated in due course.

The Salesian superiors named Fr. David Moreno as the final president of Don Bosco College to oversee the last students who would graduate and to handle the details of the college’s closing. As president he convened one meeting of the board of trustees, at which one resolution was passed, to dissolve the college. Shortly afterwards he drove to Trenton and met with the chancellor of the Department of Higher Education, Dr. Edward Hollander. After a cordial chat in which the chancellor lamented that he was always saddened to see an institution of higher education close its doors, they shook hands, and that was that. The more-than-60-year presence of the Salesian Fathers and Brothers in Newton had come to a close.

The Salesian Sisters have maintained their presence in Newton a couple of miles away on Old Swartswood Road with their novitiate, a retreat center, and a summer camp.

Fast forward again from 1989 to April 25, 2019. The Catholic Campus Ministry at SCCC sponsored the placement of a historical marker commemorating the Salesian presence at the site and setting forth a history of Don Bosco College. The name “Don Bosco College,” an image of St. John Bosco, and the Salesian motto “Da mihi animas caetera tolle” have remained on the facade of the old residence building, now renamed the D Building. The newly installed plaque at the entrance is intended to help the students and staff appreciate the foundation upon which their current institution was established.

Speaking on behalf of SCCC at a dedication ceremony were William McGovern of the campus ministry staff; John Zappe, a former student who is now a seminarian at St. Charles Borromeo Seminary in Philadelphia and inspired the creation and placement of the plaque; Dr. Jon H. Connolly, current college president; and Fr. Michael Rodak, pastor of St. Jude parish in Hamburg, N.J., and SCCC campus chaplain. Attending on behalf of the Salesians were Fr. Moreno, Sr. Isabel Garza, FMA, Sr. Karen Dunn, FMA, and other FMA sisters and novices. Frank Esposito, a Son of Mary from 1964, reminisced on his experience as a Salesian seminarian.

In his remarks Fr. Moreno noted that some of the battlefields of the Civil War no longer exist. They have been paved over, and where brave men gave their lives there now stand strip malls, motels, and fast food restaurants. Fortunately, other battlefields, like Antietam and Gettysburg, have been preserved close to their original condition. The Salesians are gratified to know that when they had to leave the beautiful campus in Newton the buildings were not torn down and replaced by condos, restaurants, or a gambling casino. Rather, the work of education, which was so dear to the heart of St. John Bosco, continues, and the property and buildings, staff and students, of Sussex County Community College carry on the tradition of excellence in higher education that was the hallmark of Don Bosco College for 60 years.

The closing and sale of Don Bosco College have ultimately worked out well for both parties involved. Sussex County Community College has grown from a very small institution with a few hundred part-time students, renting a few classrooms at nearby Sussex County Vocational-Technical School, to a successful institution with its own beautiful campus and over 2,000 students. At the same time, Salesian seminary students have done very well and made a positive addition to the student body at Immaculate Conception Seminary and Seton Hall University in South Orange.

Let’s explore the experience of dying and rising a bit more. END_OF_DOCUMENT_TOKEN_TO_BE_REPLACED

It was beautiful to see students come into the retreat. END_OF_DOCUMENT_TOKEN_TO_BE_REPLACED

The Opening Mass will begin at 5:30 pm ET on Friday, January 20. END_OF_DOCUMENT_TOKEN_TO_BE_REPLACED