“A Most Powerful Friend and Intercessor" 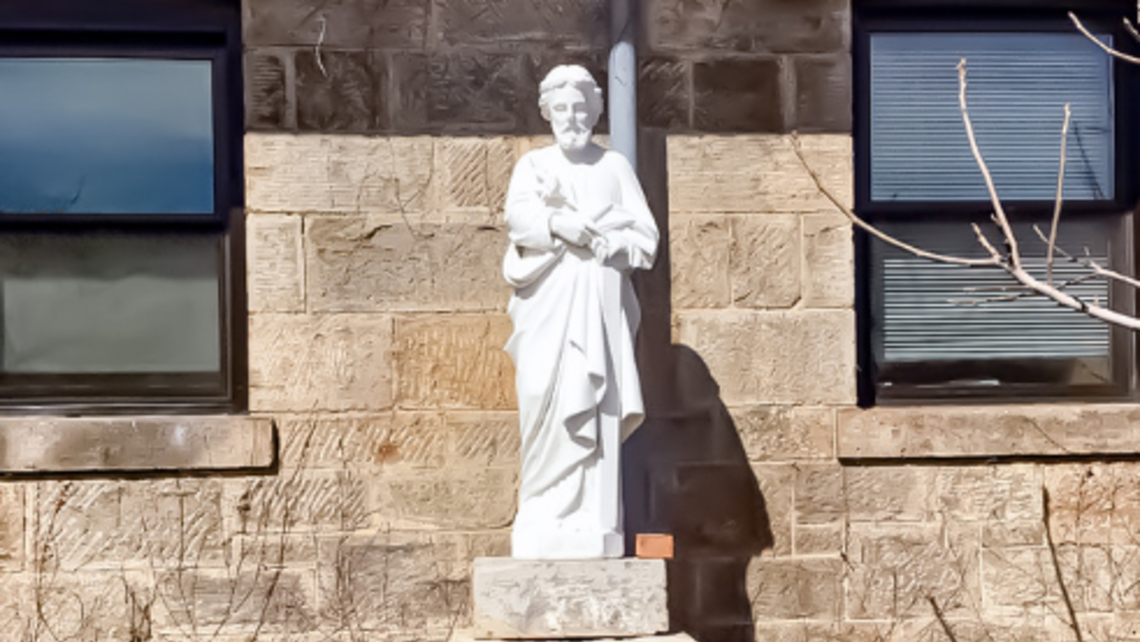 Thank you so much for inviting me to say something about my devotion to St. Joseph, which began some 44 years ago. As a newly ordained priest, I was sent to our house in Florida. There, with the rest of the Salesian Community, I was introduced to a wonderful and generous benefactor by the name of Dow Sherwood, who owned and operated the Showboat Dinner Theater. It was through him that St. Joseph entered my life. You see, Mr. Sherwood had an extraordinary devotion to St. Joseph and attributed the great success of his business to the intercession of St. Joseph. He would never tire of telling us of graces received through Joseph. Additionally, he always carried a stack of holy cards of St. Joseph with him and would pass them out to everyone he met. He was a true apostle of St. Joseph. It is from that time that I developed the habit of always carrying a picture of St. Joseph in my pocket.

Throughout the years since then, following Mr. Sherwood’s lead, I also have tried to spread devotion to Joseph, and he has proven to be a most powerful friend and intercessor. I can recount both so many graces I received personally and so many graces received by persons to whom I have recommended him. Certainly, there have been many graces received of a material nature. These include houses sold, bought, and protected in storms, as well as money received for particular projects. Indeed, there have been all sorts of graces—graces to find jobs, to overcome addictions, to deepen in the practice of faith, of health given to the sick, to kids involved in bad accidents, to vocations nourished, and to real stories of conversion —just to mention a few!

In the various communities where I have served, I tried to make Joseph more present. In Florida, a “mailbox” for letters to St. Joseph (a suggestion of Mr. Sherwood!) was placed in front of his statute—so many letters were given to him! So many graces received! At Don Bosco Tech in Boston, MA, the weekly Masses in his honor and his image in the different shops took on a special significance. In New Orleans, LA, the first gift given to the new financial administrator was a statute of St. Joseph—it sits on his desk to this day! At the Marian Shrine, the retreat house chapel was renovated and dedicated to St. Joseph. In Miami, FL, each day the students drive past a statue of St. Joseph that was placed there for special graces received. At Don Bosco Tech in Paterson, NJ, a statue of St. Joseph was placed in the confreres’ new dining room in thanksgiving for his protection in a very difficult situation. With the renovation of the Provincial House, new statutes of St. Joseph were placed in the Chapel and at the entrance to the high school. At Salesian High School—originally St. Joseph’s House of Studies—St. Joseph’s image was placed in the entrance of the building and in the chapel. The original statute of St. Joseph that stood in front of the old grey house in Newton was refurnished and now stands in front of the Br. John Weigand Center. When our new house in St. Petersburg was opened in 1998, I asked Bishop Lynch if we could put our new residence under the patronage of St. Joseph. Not only did he say yes, but he provided a beautiful stained-glass window of Joseph for the confreres’ dining room! In Elizabeth, NJ, St. Joseph was given a home in our community chapel. Here, in Port Chester, NY, St. Joseph was given a place in our Adoration Chapel. Then, because of so many graces received, a special place of honor in our soup kitchen. With the completion of the merger, St. Joseph now stands in the walkway between the Salesian residence and the parish offices. All of this represents graces received! St. Joseph works!

The grace I particularly want to share is one that has impacted the life of our province. When I became provincial in 1997, already for a number of years, the province had been involved in seemingly endless legal entanglements regarding our property in Goshen. It was a continual nightmare, and I was determined for it to end. On my very first day as provincial, I wrote a note to St. Joseph and placed it under his statute in my room in the hope that he would soon handle this situation. He did not! As the years passed, it seemed that I would come to the end of my provincialship, and the mess would be passed on to yet another administration. I kept arguing with St. Joseph, but it was already June 2003 and my administration would end on June 30. I remember the morning well. It was June 19 (a coincidence?), and I was packing things in the office when the phone rang. It was our lawyers to tell me that there was an unexpected breakthrough and the Goshen case had been settled, it just needed my signature! It took six years, but St. Joseph came through for our province! I still keep that note as a special remembrance! I remember talking to Fr. Jim Heuser, the new provincial, and telling him we owed St. Joseph BIG. I asked him to please put a statute of St. Joseph in our cemetery in Goshen—and I am so grateful he did! He stands there now!

All I can say is that St. Joseph works—all we need to do is “Go to Joseph,” and miracles will happen!

This will be a monthly feature in Salesian News. END_OF_DOCUMENT_TOKEN_TO_BE_REPLACED

We Must Flourish Where God Has Planted Us

Because Christ loved us first, we feel compelled to share that love. END_OF_DOCUMENT_TOKEN_TO_BE_REPLACED