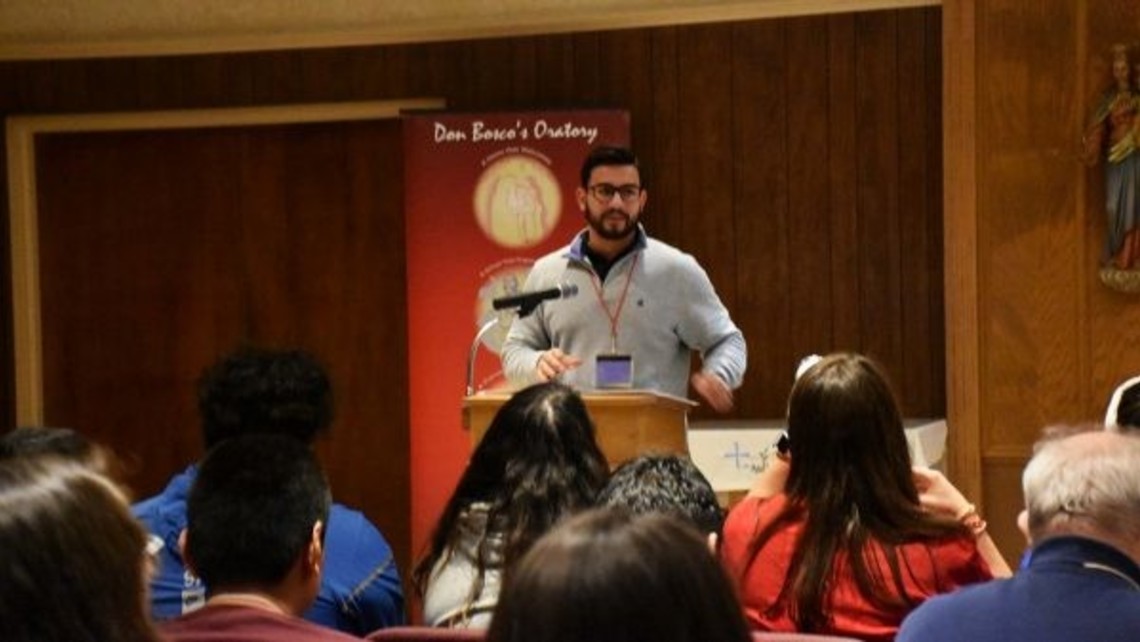 Gui’s relationship with the Salesians began through his family. When his family moved to the United States from Brazil, the Salesians were the only people who would hire his mother. Gui attended Salesian elementary, middle, and high school. He graduated from Salesian High School in New Rochelle, N.Y., in 2009.

He then graduated from DeSales University in Pennsylvania with Bachelor’s (2013) and Master’s (2015) degrees in criminal justice with a concentration in victimology and a minor in psychology. He worked as a juvenile probation officer for a year. During his time in the OYM, he also enrolled in Loyola University of New Orleans’s online program for a Master’s in pastoral studies with a concentration in youth ministry, which he completed in 2018.

Gui has been on every province program (either as a participant or as coordinator), including Gospel Roads I, Gospel Roads II, Gospel Roads III, World Youth Day, the bicentennial pilgrimage to Turin, Empowering Salesian Leaders, Young Adult Retreat South; and he has also led every program at least once.

His favorite part of this role is when the youths return home from a program and become involved in their local ministries and share these new experiences with him. He loves that they choose to keep the OYM involved in their lives because of the relationships that the members of the OYM have built with them.

Favorite Saint: St. Joseph, because of his example as a holy, humble man and father who raised and taught Jesus

It was a stellar experience of Salesian education, fraternity, and spirituality. END_OF_DOCUMENT_TOKEN_TO_BE_REPLACED

They will be ordained to the priesthood and diaconate on Saturday, May 28. END_OF_DOCUMENT_TOKEN_TO_BE_REPLACED

Two of the graduations took place on Wednesday, May 18. END_OF_DOCUMENT_TOKEN_TO_BE_REPLACED