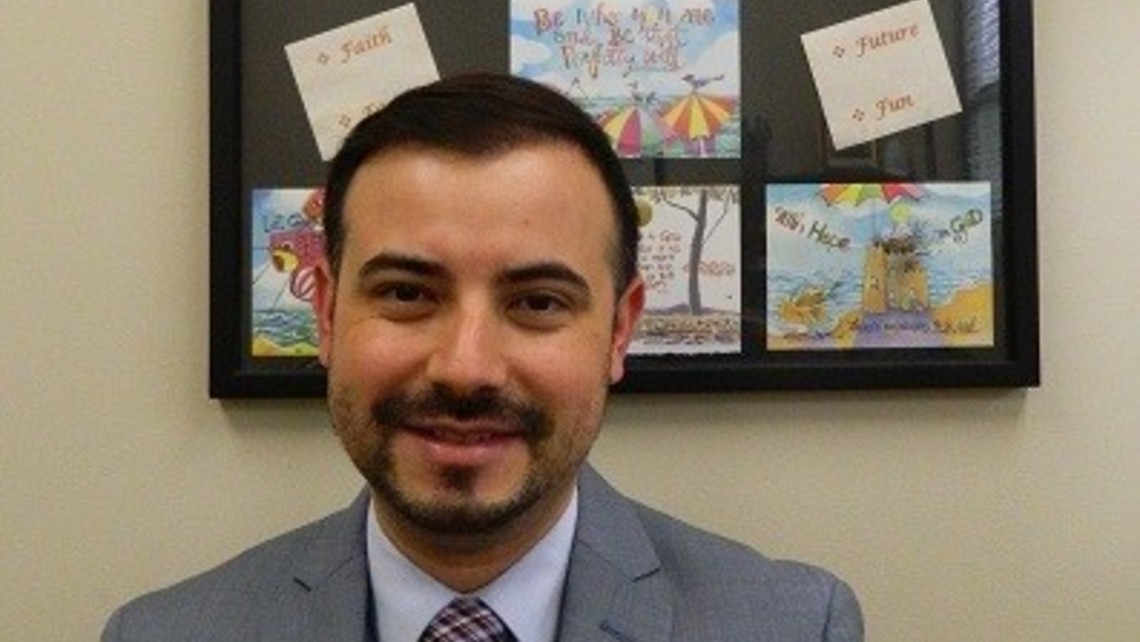 Elias Blanco as principal of Don Bosco Cristo Rey, effective immediately. Since the departure of former principal Larry Savoy in July 2018, Mr. Blanco had been serving as the school’s interim principal. Mr. Savoy left when an unexpected opportunity arose to become president of his alma mater, Archbishop Carroll High School.

Don Bosco Cristo Rey and Archbishop Carroll are the only two archdiocesan high schools in the Washington Archdiocese. The archdiocese and the Salesians of Don Bosco co-sponsor DBCR.

Mr. Blanco is originally from El Salvador and arrived in the U.S. in 1994. He attended Montgomery College (2002-2004), then transferred to the University of Maryland, Baltimore County, where he earned a Bachelor of Arts in Psychology in 2006. In 2011 he received a Master’s in Counselor Education from McDaniel College in Westminster, Md., as well as  advanced professional certification as a guidance counselor and a Maryland educator certificate from Maryland’s Department of Education.

Mr. Blanco received advanced professional certification in Administration from the  Department of Education in 2018 following courses at Notre Dame of Maryland University.

Mr. Blanco has been part of the DBCR faculty since it opened its doors in 2007 to its first freshman class. He has served as an administrative assistant, executive assistant to the principal. coordinator of school operations, director of school counseling, and assistant principal for student life in addition to his ten months as interim principal.

Prior to his coming to DBCR, Mr. Blanco was an administrative assistant for the Lay Leadership Institute for the Washington Archdiocese.

Mr. Blanco is been a long-time parishioner of Our Lady of Sorrows Church, on whose property DBCR is located (partly in the former parochial school). In the parish he has served as a lector, choir member, religious education teacher, and coordinator of religious education. His wife Ashley teaches at Our Lady of Good Counsel in Olney, Md. They have two sons.

Mr. Blanco was recommended by a search committee from among about half a dozen finalists for the principal’s opening, with Fr. Conway confirming their recommendation.

Fr. Conway said, “I have every confidence and expectation that Mr. Blanco’s instructional and spiritual direction will serve our students and faculty well.”

Let’s explore the experience of dying and rising a bit more. END_OF_DOCUMENT_TOKEN_TO_BE_REPLACED

It was beautiful to see students come into the retreat. END_OF_DOCUMENT_TOKEN_TO_BE_REPLACED

The Opening Mass will begin at 5:30 pm ET on Friday, January 20. END_OF_DOCUMENT_TOKEN_TO_BE_REPLACED