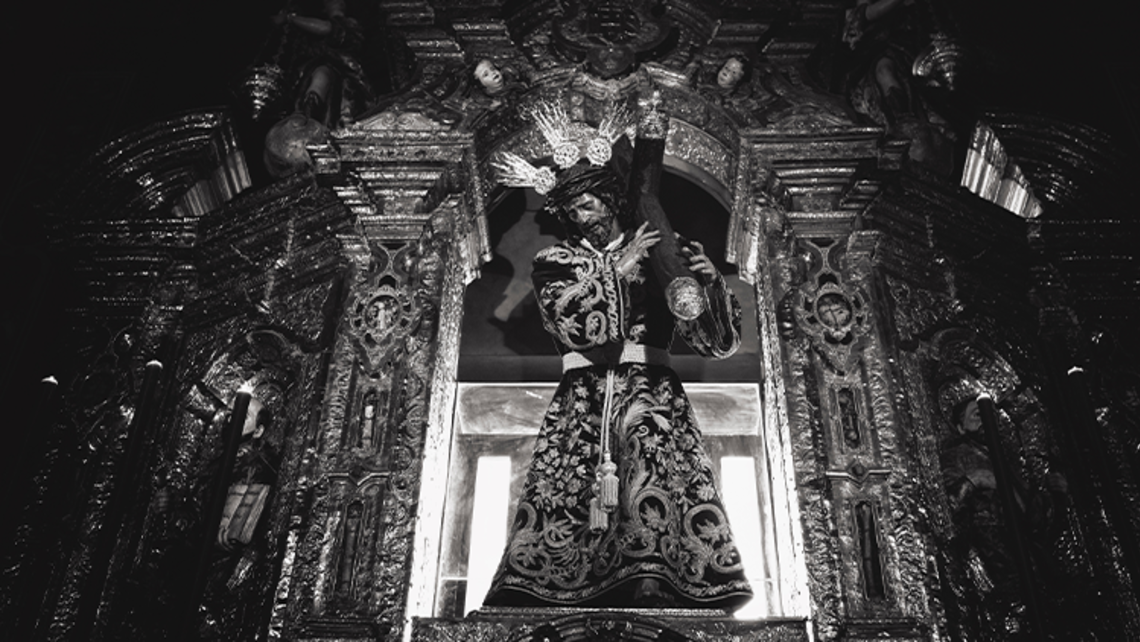 This reflection is taken from John Henri Nouwen’s book, The Wounded Healer.

We all long for a messiah, a liberator. We want someone who will deliver us from hatred, oppression, racism, war, and so on. And how does a liberator come?

There is a legendary story in Talmud, and the legend goes thus. One rabbi by the name of Joshua Ben Levi came up to Elijah, the Prophet. He asked Elijah, “When will the Messiah come?” Elijah replied, “Go and ask him yourself.” Then the rabbi asked, “where do you see him?” The Prophet replied, “He's sitting at the city gate.” “At the city gate, there will be hundreds of people and so how shall I know him?” asked the Rabbi. And this is an interesting answer from the prophet. “He is sitting amongst the poor, covered with wounds. The others unbind all their wounds at the same time and bind them up again, but he, the Messiah, unbind one at a time and binds it up again, saying to himself, perhaps I shall be needed for someone and I must always be ready so as not to delay for a moment.”

So, the Messiah himself is a wounded person. Since He is a liberator, He must help others, so He must do one by one himself. That is why He is called the wounded messiah, the wounded healer. Jesus gives a new meaning to the wounds. Wounds are the major source of healing. To understand that, the Apostle Thomas comes to our help. After the resurrection of Jesus, when the other ten Apostles tell him that they have seen the Messiah, he answers them that unless he puts his fingers in the wounds made by nails and sees the wounds in His body, he would not believe. He did not expect resurrected Jesus to fly across the sky or did not want to see millions of angels singing the glory of the risen Christ. He only wanted to see the wounds in the person of Jesus. Wounds became the reason for his belief. Wounds became the reason for his own healing in his faith. Wounds could be a great source of healing.

What are the wounds that we have? Can we say alienation, separation, isolation, division, and so on? If you put all of them together, we can say in one word—loneliness. Loneliness is the wound that all of us suffer. For the past year, with the onset of the pandemic caused by COVID-19, more people are suffering loneliness today. Seniors, as well as young people, families, and households, are experiencing loneliness. Loss of jobs, restricted visits, canceled vacations, or celebrations have affected everyone in our society.

And that is the wound which Jesus suffered most on the cross. Jesus healed so many, worked many miracles, and fed thousands of people. Yet as He reached Jerusalem, the crowd slowly disappeared. All those who sang “Hosanna” now shout “crucify him.” The whole scenario changes for Jesus. He eats His Last Supper with the 12, and one goes out to betray Him. After the Last Supper, when Jesus goes to the Garden of Gethsemane, all the disciples ran away from Him. Even Peter, the most trusted Apostle, who was so close to Him, rubbing his shoulders with Him all through his public ministry, now follows Him at a distance to the courts of the high priest. Hence hanging in the middle of the air on the cross Jesus cries, “My lord, my lord, why have you forsaken me?” It looks as if even God the Father has neglected Him. Therefore, Jesus experiences total loneliness.

This was foretold by the prophet Isaiah. “But he was pierced for our transgressions, he was crushed for our iniquities; the punishment that brought us peace was on him, and by his wounds we are healed” (Isaiah 53:5).

The Apostle Peter confirms this in his own writing “When they hurled their insults at Him, He did not retaliate; when He suffered, He made no threats. Instead, He entrusted Himself to Him who judges justly. He himself bore our sins” in His body on the cross, so that we might die to sins and live for righteousness; “by His wounds you have been healed” (1 Peter 2:23-24).

“Each one of us can experience wounds, failure, suffering that make us close ourselves off from God and others,” Pope Francis says. “Sin closes us in on ourselves because of shame, because of humiliation, but God wants to open our heart. Jesus announces to us that God is not an idea or an abstract doctrine, but God is the one who ‘contaminates’ himself with our human woundedness and is not afraid to come into contact with our wounds.”

“The cry of the poor that echoes within us urges us to go out of our way to touch the wounds of Christ in them and helps create a better world and establish God’s Kingdom. The suffering Christ is present in the poor, the excluded, the sick and the hungry person who bears with him or her the mystery of the Cross,” Pope Francis adds.

Communication is to channel messages from above and honor inspiration every time. END_OF_DOCUMENT_TOKEN_TO_BE_REPLACED

To Be Joyfully Revived by the Spirit

Here is what two Salesian Sisters and two lay colleagues had to share. END_OF_DOCUMENT_TOKEN_TO_BE_REPLACED

Don Bosco the Catechist: The Salvation of Souls

All we do is for the salvation of souls. END_OF_DOCUMENT_TOKEN_TO_BE_REPLACED