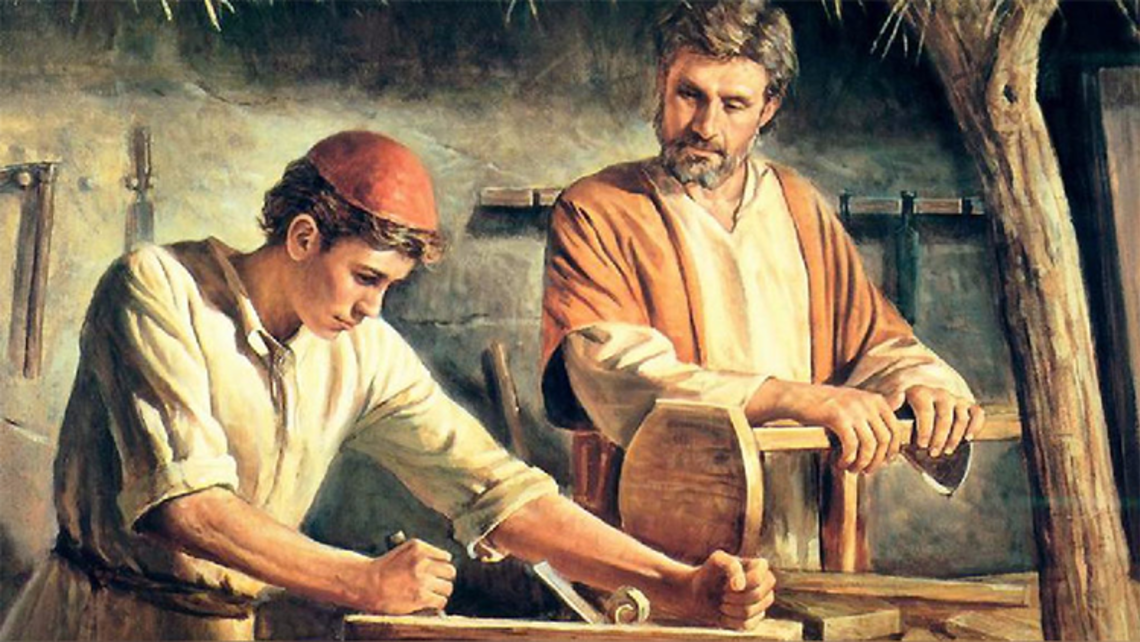 While Br. Tom continued to say the prayer his mother taught him, his devotion to St. Joseph remained at a “normal” level. Yet two lifechanging events caused it to blossom as Br. Tom got older and realized—and began to live in—his true vocation. “When I applied to the seminary to become a Salesian, I wanted confirmation that it was my true vocation,” he reminisced. “I prayed to the Novena to the Miraculous Medal and to St. Joseph if it was meant to be. Thankfully, it was, and here we are today.”

In 2004, Br. Tom was appointed the executive director of the Salesian Boys and Girls Club in Columbus, OH. Again, he called on St. Joseph for confidence and guidance. “At first, the obedience was very difficult, and I prayed to St. Joseph to help me be successful,” he explained.

Indeed, this experience would help Br. Tom years later when he was assigned to Don Bosco Cristo Rey High School in Takoma Park, MD. “I became a founding brother of Don Bosco Cristo Rey, along with Fr. Abraham Feliciano and Fr. Steve Shafran. And it wasn’t a job—it was a beautiful, wonderful experience,” he beamed. “Everything from my previous obedience helped me there. I received the confidence to speak to CEOs and presidents of different companies and speak to students. Thus, I realized I was put in Columbus to prepare for my next obedience at Don Bosco Cristo Rey,” he continued. “St. Joseph was there, and, without realizing it, he was pushing me and encouraging me.”

“For the past 20 years, I’ve prayed the Memorare to St. Joseph each morning before Mass. I pray for his intercession for my family, students, confreres, and myself,” he remarked. “After all, St. Joseph is the one! How can Mary say no to her husband, and how can Jesus say no to His foster father? So, have faith, do the best you can, and it’ll all work out for the best.”

From October 21-27 , please pray in your communities and works for all those who currently serve as missionaries and all those discerning... END_OF_DOCUMENT_TOKEN_TO_BE_REPLACED