Rector Major: The Holy Spirit is Still at Work 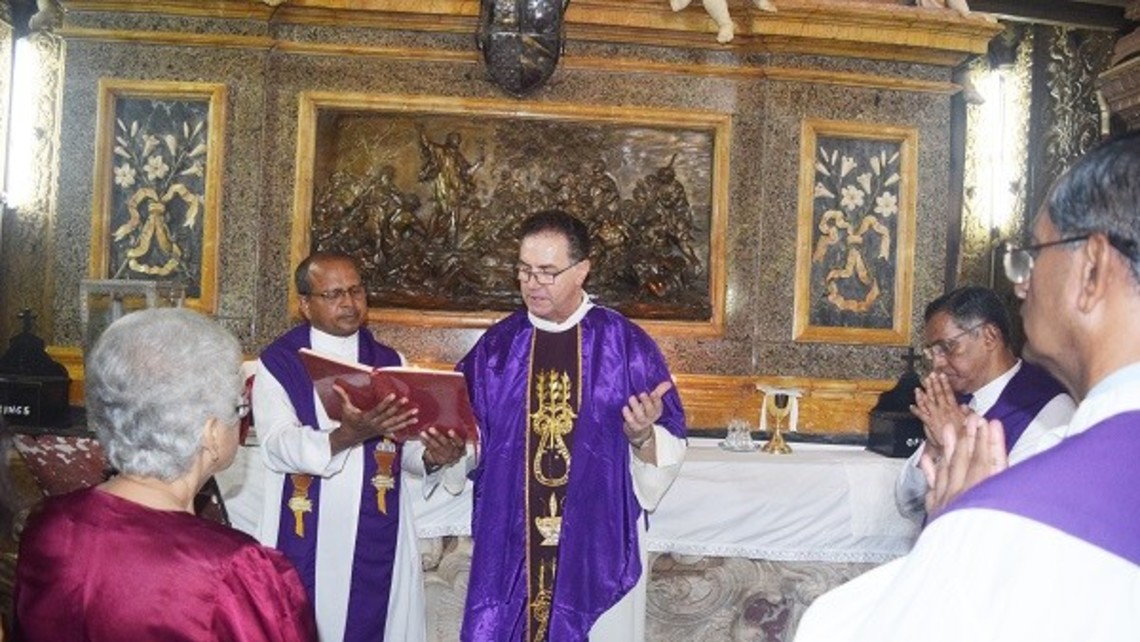 THE HOLY SPIRIT IS STILL AT WORK

Just a short while ago I was in Goa, India, where I saw how amid the palm trees and the fine sand of the sea there rise up cathedrals and churches built during the 16th and 17th centuries. One of these shrines is the basilica of the Good Jesus, which has become a site for pilgrimages, especially for Christians but also for believers of other religions because here lie the remains of St. Francis Xavier, the missionary from Navarre who evangelized the Far East and was a disciple of St. Ignatius Loyola, the founder of the Jesuits. Even though St. Francis Xavier died in China in 1552, his remains rest in this most beautiful basilica situated next to the cathedral and to the church of St. Francis of Assisi. This place in which his mortal remains rest was erected between 1594 and 1605. His body is conserved there. Its incorruptibility was the miracle for which he was canonized in 1622.

Accompanied by some Salesians and laypersons, I had the privilege of celebrating Holy Mass on the altar at the tomb of this great, holy Jesuit missionary. I asked to celebrate the Mass in honor of St. John Bosco to beg him to intercede for us. Why did I do this? The main reason is that Don Bosco is another great missionary. It was a very simple Mass, beautiful and profound. Through the intercession of St. Francis Xavier and Don Bosco, I presented to the Lord the Salesian mission throughout the world and our great concern for youngsters and young adults everywhere, especially the poorest.

“My sons and daughters will go for me”

Somebody might ask why I speak of Don Bosco as a great missionary since he never went as a missionary to foreign lands. Don Bosco sent his sons, his Salesians, to the missions, but he himself never went afar as a missionary. We know this for certain, but it is, nonetheless, very inaccurate. The information I offer you here suffices when speaking of the great missionary heart of Don Bosco. When Don Bosco died on January 31, 1888, the Salesians were 754 in number; what is impressive is that Don Bosco had already sent 153 – 20% of his sons—as missionaries to South America. Tell me now that this isn’t a response to a true missionary passion—that very same passion which he himself had declared various times in his letters: that he wanted to be a missionary, but it would be his sons who would go.

“In Goa, one experiences and feels that the centuries don’t distance us from what is essential and most authentic in life or from that evangelization which continues most wonderfully today.”

After that beautiful Mass, that same morning I met face-to-face some of my brother Salesians who accompany the children they’ve rescued from the streets. We spent a glorious morning with a group of 40 young boys of differing ages, from 10 to 15 years old. Their eyes shine with a special light. These young men feel at home. They go to school, where they receive formation and an education that will give them all the opportunities for their future. They sing magnificently. They smile. We greeted each other and – of course – we took our photo, and they even learned how to say, “Hola y hasta la vista”!

Finally, I thought that 170 years ago the boys in Valdocco, Turin, lived just like this with our beloved Don Bosco. Today, his missionary heart does exactly the same for these boys and girls around the world through his sons and daughters who are living as though in another Valdocco and another Mornese.

Today with the grace of communion that exists between the Church already in Paradise, the Church Triumphant, and us, the Church Militant, our holy missionaries St. Francis Xavier and Don Bosco continue to bless the mission and, together with the Lord, give life to these boys and girls and other people in beautiful Goa, too.

Here one experiences and feels that the centuries don’t distance us from what is essential and most authentic in life or from that evangelization that continues most wonderfully today.

During this month dedicated to our Mother, I ask Mary Help of Christians to continue to accompany the mission in the name of the Lord throughout the world. May our Salesian Family continue to be as faithful to the mission today as they’ve always been until now.

May the Lord bless you and the Help of Christians accompany you.

There will be a video released each day of the novena. END_OF_DOCUMENT_TOKEN_TO_BE_REPLACED

This free event is open to everyone! END_OF_DOCUMENT_TOKEN_TO_BE_REPLACED

Thus, we can continue the historical and spiritual journey. END_OF_DOCUMENT_TOKEN_TO_BE_REPLACED