PROVINCE SENDS OUT ANOTHER 7 LAY MISSIONERS 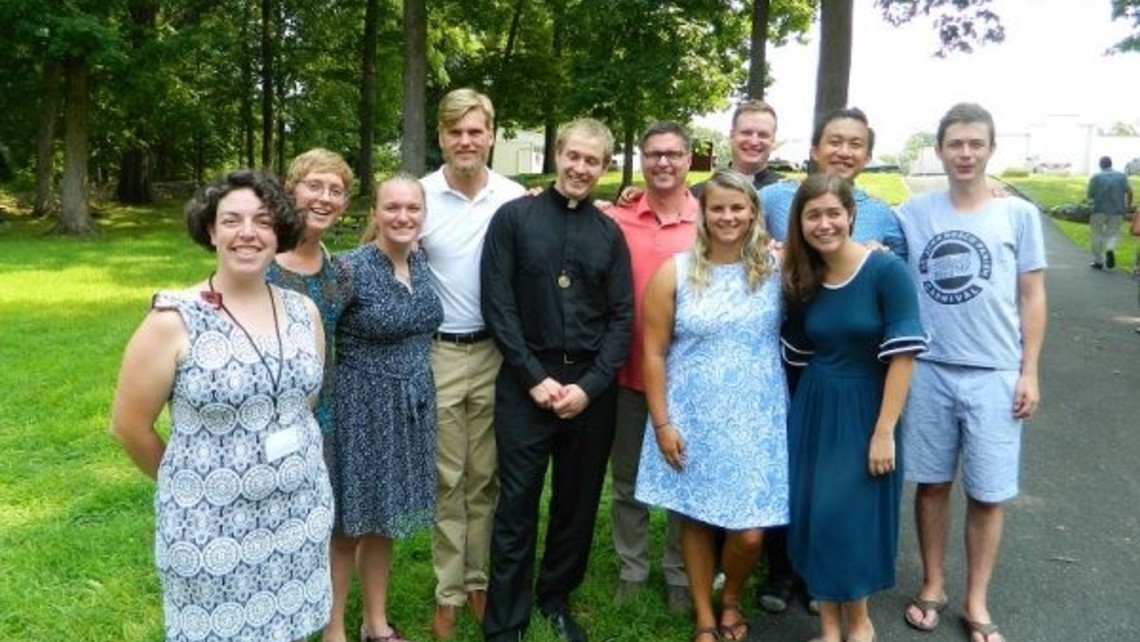 (Haverstraw, N.Y. – August 17) – This year’s crop of Salesian Lay Missioners was unusually small; but we all know that it’s quality that counts. Fr. Mark Hyde, director of Salesian Missions, and Adam Rudin, director of the SLM program, are confident that the seven missioners commissioned on August 17 are of top quality.

As usual, the candidates had a long discernment process that included weekend visits to New Rochelle and a general introduction to the program. Those who eventually applied were evaluated, and those who were accepted were invited to the three-week orientation program that began in late July and culminated in their commissioning during Evening Prayer on August 17.

The candidates received lots of information and did some visiting to Salesian works in the first week of orientation, did service work at St. John Bosco Parish in Port Chester in their second week, and made a retreat (with paperwork to do and more information directed at them) in the final week. The retreat, as usual, coincided with the SDBs’ August retreat at Don Bosco Retreat Center in Haverstraw-Stony Point, so that they were able to meet and get to know more than 30 SDBs by praying, eating, and recreating with them. They also witnessed the renewal of profession by six temporary professed confreres on the solemnity of the Assumption and the first professions of Bros. Dan Glass and Tom Junis of August 16—two rites that duly impressed them.

Finally, on the 17th Fr. Tim Zak presided at their commissioning during Evening Prayer, blessing their crosses and them and bestowing the crosses upon them. This year each SLM read a personal statement of commitment, hope, and/or prayer concerning her or his mission—rather than a formal commitment read by the entire group.

These questions are suggestions for how communities might approach the two topics. END_OF_DOCUMENT_TOKEN_TO_BE_REPLACED