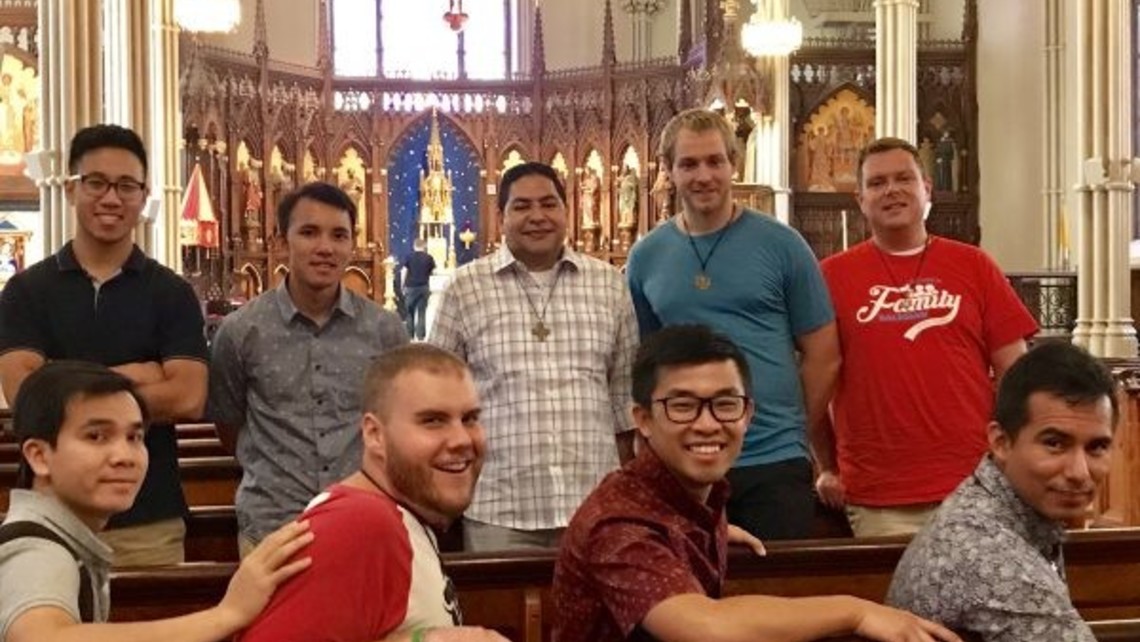 (Orange, N.J. – August 29) – On August 20 the Salesian community at Don Bosco Residence in Orange began its new formation year. Nine of the province’s men in initial formation reside there, with a five-man formation team.

The men are from both the New Rochelle (SUE) and San Francisco (SUO) provinces. They represent three levels of initial formation: candidacy, postnovitiate, and theology. Each level provides an environment of growth for our men in four areas: human, intellectual, spiritual, and pastoral, all in the spirit of St. John Bosco.

Our reflections, planning, and preparations for the year were framed by the letter of Fr. Angel Fernandez, Rector Major, convoking the 28th General Chapter.  The chapter’s theme is “What kind of Salesian for the Youth of Today?” This speaks directly to the mission entrusted to a house of initial formation. Specifically, we considered the parts of the letter that focused on what “Salesian” ought to mean today, and what “formation” is and is not.

As part of our orientation week activities, we made a mini-pilgrimage to Old St. Patrick’s Cathedral in Manhattan on August 23, entrusting our year to the Lord. The formation community invites readers of Salesian News to join them on this year’s ongoing journey of faith by remembering them in your prayers.

Remembering Those We Lost During the Pandemic

We can once again gather in prayer and fellowship to remember our deceased brothers. END_OF_DOCUMENT_TOKEN_TO_BE_REPLACED

From October 28 - November 3 , please pray in your communities and works for Br. Dan Glass , who is a missionary to... END_OF_DOCUMENT_TOKEN_TO_BE_REPLACED