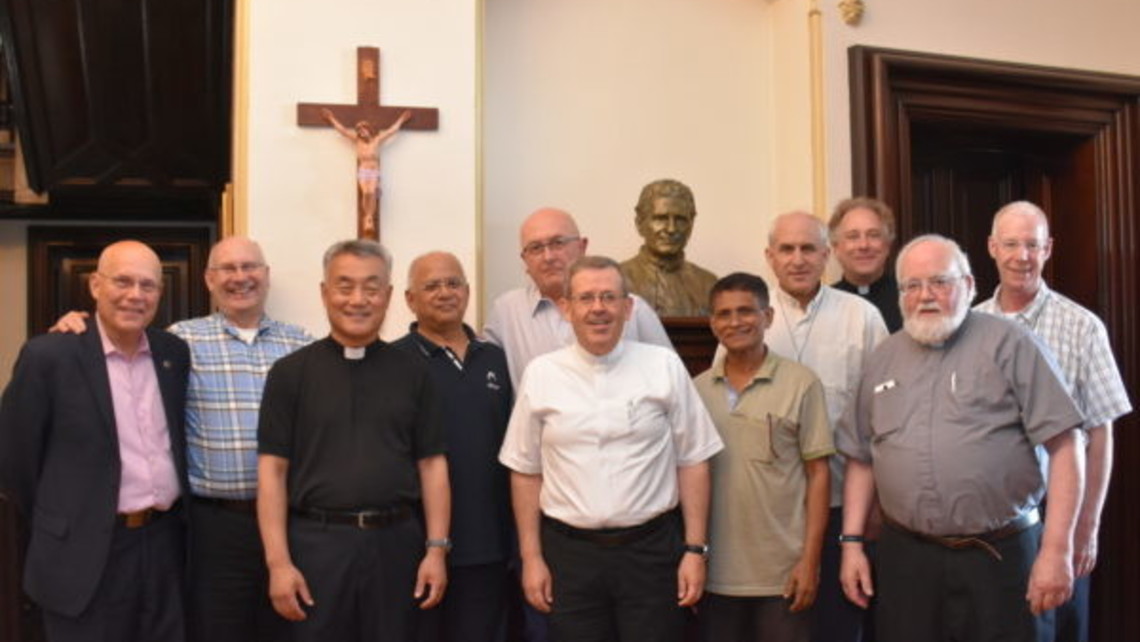 In January 2007, Salesian Missions, Inc., New Rochelle, was approved for consultative status at the UN by that body’s Economic and Social Council (ECOSOC). Since that time, the Salesians have been able to participate as a non-government organization in discussions and activities in the international forum of the UN, working to influence policy and advocating for the rights of children and youths.

The agenda for the meeting on July 28 included a report on the processes followed this past year at the Salesian presence at the UN, a review of protocols and other documents related to this presence, and a consideration of processes and structures to sustain the presence. One of the highlights of this past year was the Salesian participation in “side events” during the High-Level Political Forum (see Salesian News, July 25).

Looking ahead to the new pastoral year, the committee (general councilors et al.) recommended improving the communication about the good work being done by Fr. Thomas Pallithanam at the UN, strengthening the understanding of the importance of advocacy throughout the Congregation, and creating greater synergy between the presence at the UN, Salesian Missions, the SUE province, and other partners.

The meeting concluded with a festive dinner, with SDB confreres from nearby communities and the Salesian Lay Missioners welcoming the general councilors to the SUE province (A new batch of SLMs began their orientation on Friday, July 26.).

There will be a video released each day of the novena. END_OF_DOCUMENT_TOKEN_TO_BE_REPLACED

This free event is open to everyone! END_OF_DOCUMENT_TOKEN_TO_BE_REPLACED

Thus, we can continue the historical and spiritual journey. END_OF_DOCUMENT_TOKEN_TO_BE_REPLACED