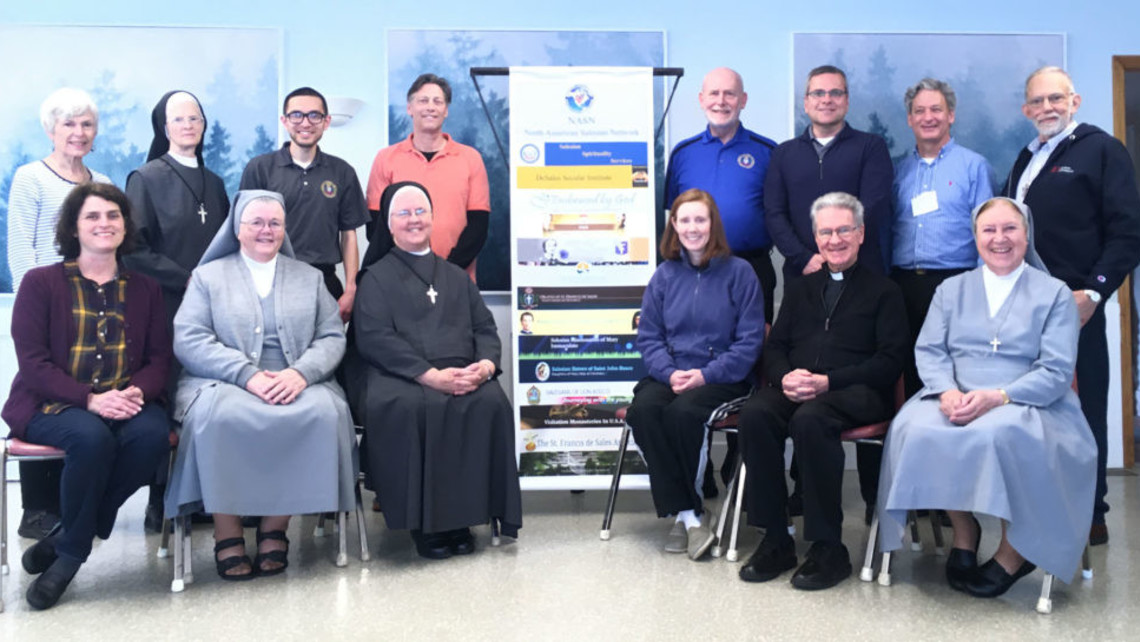 North American Salesian Network (NASN) held its annual meeting from Monday, April 29, 2019 to Wednesday, May 1, 2019 at De Sales Center in Brooklyn, Michigan, which is also the site of the novitiate of Oblates of St. Francis de Sales.

This year’s meeting advanced initiatives already underway, in particular, petitioning the Holy Father for an Encyclical on St. Francis de Sales in view of the 400th anniversary of the saint’s death in 2022. Through the efforts of Fr. Joe Boenzi, Fr. Fernández and the General Council are considering making such a request.

NASN is also taking steps to canvas media outlets on what programs they already have and would be willing to produce on St. Francis de Sales or on Salesian topics. It will then send notice of these resources to dioceses, parishes and schools who have St. Francis de Sales as their patron.

NASN members are also studying how Salesian core values can enrich or challenge North American cultural values. Once they complete the study they will decide how to publish or broadcast it.

Visitation Sisters schools are developing a common syllabus for the Salesian formation of its teachers and staff. Likewise, the SDB San Francisco province is working on standards and benchmarks for its schools. The sharing of these resources drew great attention and interest among those attending the annual meeting.

Representatives from Oblates of St. Francis de Sales, Visitation Sisters, Daughters of St. Francis de Sales, DeSales Secular Institute, Volunteers with Don Bosco, as well as Sr. Alphonsine Roy from the FMA Haledon province, Sr. Patricia King from the San Antonio province and Fr. John Puntino from the SDB New Rochelle province participated in the meeting. Fr. Joe Boenzi from the San Francisco province, a regular attendee, was unable to come to the meeting this year.

Thus, we can continue the historical and spiritual journey. END_OF_DOCUMENT_TOKEN_TO_BE_REPLACED

From December 2-8 , please pray in your communities and works for Dcn. Ky Nguyen , who is in Theology IV and studying in... END_OF_DOCUMENT_TOKEN_TO_BE_REPLACED

The program takes place on Sunday afternoons in the parish parking lot. END_OF_DOCUMENT_TOKEN_TO_BE_REPLACED