Message of the Rector Major: Four Boys and a Dream 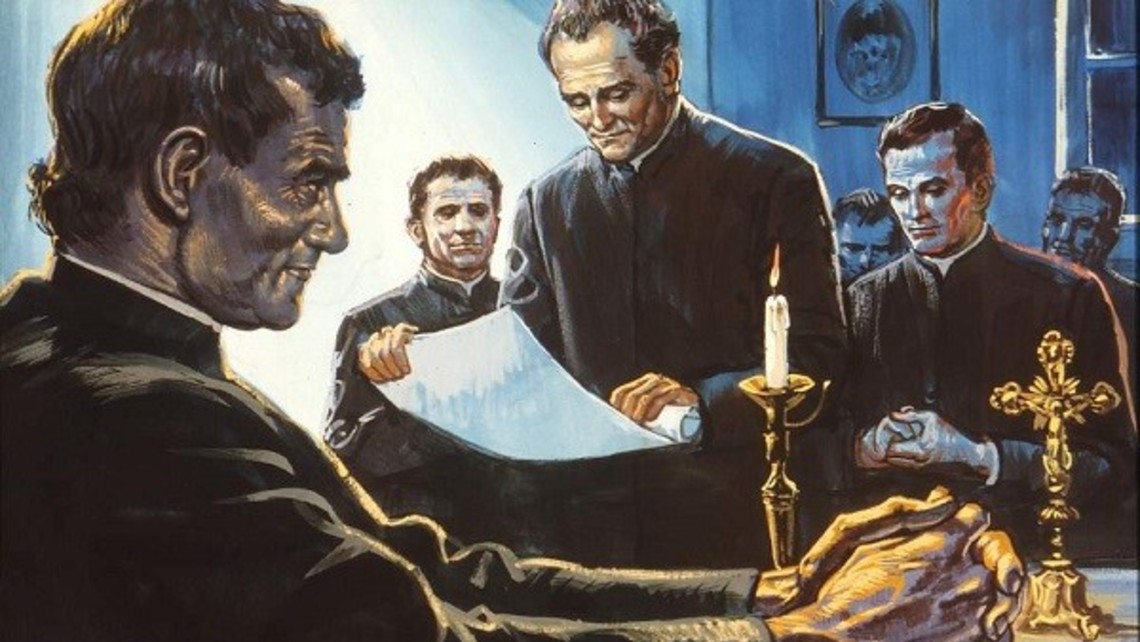 A scrap of paper written by a 17-year-old boy, and the most moving and precious moment of our history

Dear friends of Don Bosco’s charism and readers of the Salesian News – something like that the Salesian instrument of communication so dear to Don Bosco, the Salesian Bulletin. Shortly before I began writing these lines, I had celebrated the Eucharist together with the Salesian general council in the “camerette” at the basilica of the Sacred Heart in Rome. The “camerette” are the room and the chapel, which is adorned with a typical altar of the time, where Don Bosco celebrated his last Mass in Rome, on May 17, 1887. He would die in Turin a few months later, on January 31, 1888.

My thoughts flew for a few moments, not so much to that last Mass celebrated by Don Bosco in that room as to the simple, improbable, and unexpected beginnings – with apparently no greater future – of what is today the worldwide Salesian Congregation. That beginning took place in another little room – in Valdocco – on January 26, 1854.

I wish to speak of and share with you in this “month of Don Bosco” this “miraculous” fruit of the Holy Spirit.

I have in my hands a historical document – a scrap of paper that is a mere four inches by two inches – written by a youth from the Valdocco Oratory, young Michael Rua. On this tiny piece of paper he wrote:

On the evening of January 26, 1854, we gathered in Don Bosco’s room: Don Bosco himself, Rocchietti, Artiglia, Cagliero, and Rua; and it was proposed that we engage, with the help of God and of St. Francis de Sales, in an experiment in the practical exercise of charity toward neighbor, eventually to make a promise, and then if it will be deemed possible and opportune, to make a vow of it to the Lord. From that evening the name Salesians was given to those who chose and would in the future choose to engage in such an exercise.

Of the four, three (Rocchietti, Cagliero, and Rua) became Salesians.

From a minuscule seed

It’s amazing that these short minutes have come to us. But the truly amazing and prodigious things are the intuition and vision of this great and holy man, Don Bosco, who had a heart full of educational and evangelizing passion for his boys. The Holy Spirit made that first encounter with four of his boys bear so much fruit that the Salesian Family and Congregation today extend to 136 nations of the world, taking care of the boys, girls, teenagers, and young adults – all of them our main concern.

From nothing, a beautiful tree has grown: a tree that today has thousands of friends and benefactors, thanks to whom we can do so much good; a tree that has thousands and thousands of laity who share the charism of Don Bosco and who work every day in the houses of the whole Salesian Family throughout the world.

Without any triumphalism and always with the invitation to be conscious of our responsibility, I very often remind my brothers and sisters around the world that we are custodians of a great treasure that doesn’t belong to us, for it is a gift of the Holy Spirit to the Church for the sake of children and young adults.  But we must guard it and make it fruitful, as in the parable of the talents in the Gospel. This is our great responsibility, since imagining a Church and a world today without the sons and daughters of Don Bosco present among young people would be difficult, or at least would lack that predilection given to them by the “Father and Teacher of Youth,” as Saint John Paul II named him.

Dear readers and friends, I wanted to share with you this small detail of the beginning of this great reality: that Don Bosco had the “genius” to found his Congregation from his own boys – four boys from among the many who were already in the Valdocco Oratory that year.

I take the opportunity in the brief lines on this page, which will appear in Salesian newsletters of the world in many languages, to say to all of you, “Thank you,” in the name of Don Bosco! “Thank you” for your love of Don Bosco’s charism, of his dream, and of all that was his reason for living: Jesus Christ the Lord, and the young.

May our Holy Founder bless you!

These questions are suggestions for how communities might approach the two topics. END_OF_DOCUMENT_TOKEN_TO_BE_REPLACED