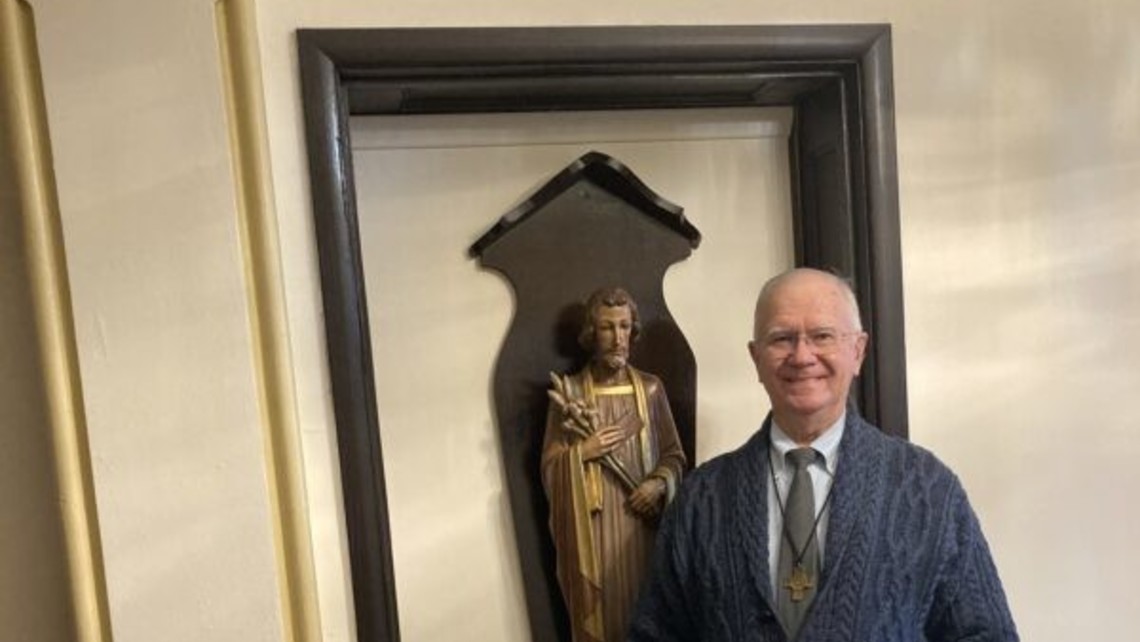 Br. Bernie Dubé, SDB always had a passionate devotion to St. Joseph. “It’s no coincidence—I was born on the Feast of St. Joseph,” he began. “We have lots of providential coincidences in my family. My brother was born on January 31 (Feast of Don Bosco), and my parents got married on August 16 (Don Bosco’s Birthday).”

Indeed, Br. Bernie first developed his devotion to St. Joseph from his family. “My grandparents were from Quebec, Canada, and my first language was French,” he explained. “The French Canadians have a huge devotion to St. Joseph.” He also recognized St. Joseph when he would visit Montréal, QC and go to St. Joseph’s Oratory. “It’s one of the biggest shrines to St. Joseph in the world,” he beamed. “It was founded by  St. Brother André Bessette, and the former province of Canada was named St. Joseph. I have a lot of great ties here.”

St. Joseph has always been there for Br. Bernie, especially in recent months. “When I had COVID-19 and a pneumonia, I had a bottle of blessed oil from St. Joseph’s Oratory, I would rub some holy oil on my chest, along with holy water from Our Lady,” he highlighted, along with the importance of St. Joseph. “God chose St. Joseph for a reason. He’s a man known for his chastity and obedience. He also helps to sell houses, get jobs, and is the patron of many houses. And May 1, Feast of St. Joseph the Worker, is also National Brothers Day, and he’s the patron saint of brothers.”

Br. Bernie also encourages further promotion of St. Joseph to increase awareness. “We need to promote St. Joseph more and recommend YouTube videos on his life,” he detailed. Last, Br. Bernie would like everyone, especially young men, to learn from St. Joseph’s example. “St. Joseph is a good example of faith and fatherhood. I’d encourage any young man to read his life,” he advised. “Next to Mary, he’s the most important person in the Holy Family.”

Thus, we can continue the historical and spiritual journey. END_OF_DOCUMENT_TOKEN_TO_BE_REPLACED

From December 2-8 , please pray in your communities and works for Dcn. Ky Nguyen , who is in Theology IV and studying in... END_OF_DOCUMENT_TOKEN_TO_BE_REPLACED

The program takes place on Sunday afternoons in the parish parking lot. END_OF_DOCUMENT_TOKEN_TO_BE_REPLACED