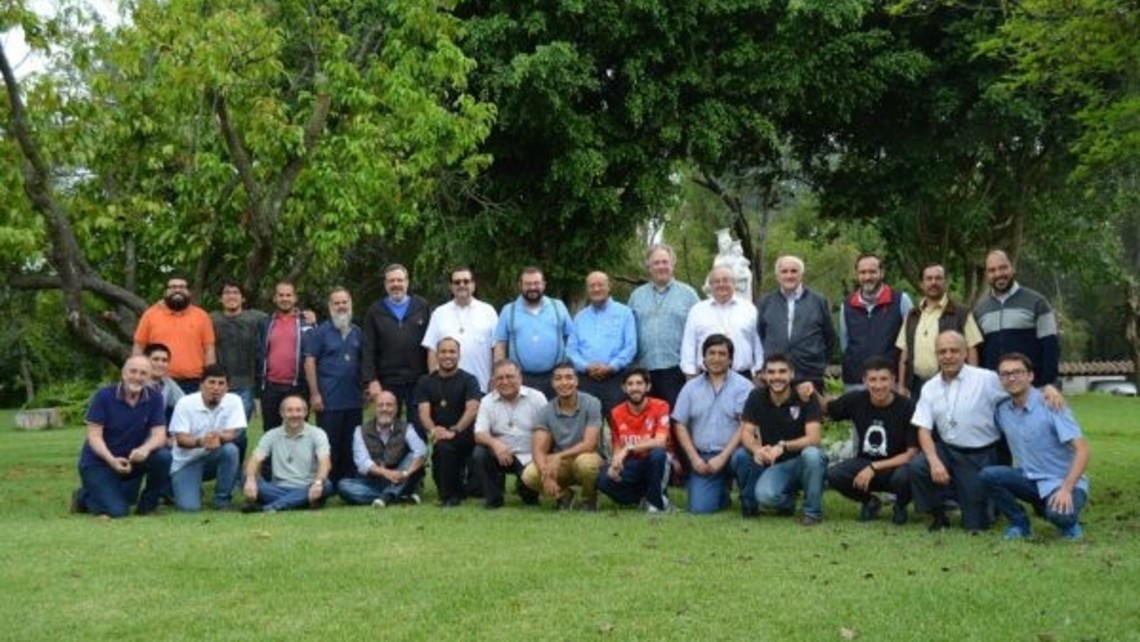 Last week, I was in Guatemala at the curatorium [board of governors] for CRESCO (Centro Regional del Salesiano Coadjutor), a specific formation program for the Salesian brother. Brother Rafael Vargas is participating in this two-year program. Salesian brothers from the Interamerica Region and the Southern Cone Region go to CRESCO, usually after they have finished practical training. The formation offered there includes academic studies, pastoral experiences, spiritual and Salesian formation, and human development, all directed to the vocation of the Salesian brother. During July of the first year, the brothers also participate in preparation for perpetual profession in Mexico. Brother Travis Gunther is in a similar formation program for the Salesian brothers in Barcelona, Spain.

The gathering of provincials, vice provincials, formators, and brothers in the formation program was enlightening and encouraging. The reports and discussions showed the importance of this specific formation for the Salesian brother and the good work that is being done at CRESCO. The men at CRESCO are striving to live the Salesian consecrated life with greater depth and integrity. The community does have its challenges, but they are meeting them with faith and goodwill.

This year at the curatorium, there were representatives from 12 provinces: Argentina South, Argentina North, Chile, Brazil-Recife, Ecuador, Colombia-Medellin, Colombia-Bogotá, Central America, Mexico South, Mexico North, Antilles, and Canada/Eastern USA). The regional councilors, Fr. Tim Ploch and Fr. Natale Vitale, were also present. The nine brothers in the formation program come from eight provinces. Many of them commented on the richness of living in a multicultural community. Despite some misunderstandings and cultural clashes, the experience broadens the brothers’ perspective of the Salesian Society and mission.

Our province can be very proud of Brother Rafael and his participation in CRESCO. Soon after his arrival in Guatemala, he journeyed with some of the other brothers from CRESCO to World Youth Day in Panama and other special events with the Rector Major. He went to Mexico for the preparation for perpetual profession. He shares his talents, faith, and life with simplicity and joy.

CRESCO celebrated its 25th-anniversary last year. The program began in El Salvador; for the past decade, it has been in Guatemala City, sharing a residence and academics with Salesian students of theology from the Central America Province.

The witness of the Salesian brothers in CRESCO reminds me of the gift of the brother vocation, and how blessed our province has been with so many good and holy brothers. We honor the memory of Brother Bruno Busatto, who would be celebrating his 70th anniversary of profession this year; may he rest in peace. Brother Richard Pasaik will celebrate 60 years of profession, and Brother Tom Dion 25 years of profession (Brother Tom went to CRESCO in 2000).

I ask everyone to save the date for two events:

– The Religious Brothers Symposium on April 4, 2020, in Boston. This national day-long celebration of the life and vocation of religious brothers will include speakers, liturgy, and more. Brother Guy Consolmagno, SJ, director of the Vatican Observatory and president of the Vatican Observatory Foundation, will be the keynote speaker. This would be a great event to attend with young adults.

– Religious Brothers Day, held annually on May 1, the feast of St. Joseph the Worker. We recognize all religious brothers, expressing our appreciation, sharing their vocation story, and inviting men to consider the call to be a religious brother.

Please mark your calendar for these two events.

Thanks to all our Salesian brothers for their witness to Salesian consecrated life and their dedication to the Salesian mission. We hear the Rector Major say to us, as he did at the end of GC27: Make “bold proposals for every kind of vocation in the Church, including the Salesian vocation in its various forms, involving the whole community.”

The executive director would be a full-time employee. END_OF_DOCUMENT_TOKEN_TO_BE_REPLACED

Be Kind and Gentle with People

Everyone is on the same journey. END_OF_DOCUMENT_TOKEN_TO_BE_REPLACED