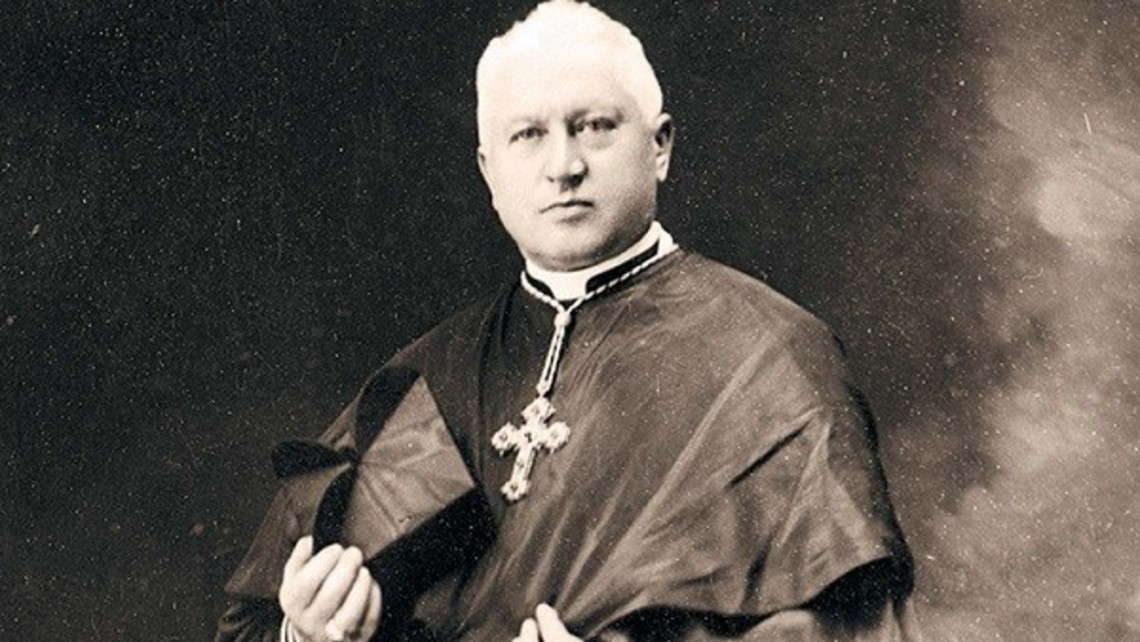 (ANS – Vatican City – May 22) – On May 19, Pope Francis received Cardinal Angelo Amato, SDB, prefect of the Congregation for Saints’ Causes, in the audience and authorized the Congregation to promulgate the decree concerning the heroic virtues of the Servant of God August Joseph Hlond of the Salesian Society.

August, the second of 11 children, was born on July 5, 1881, in Brzeczkowice in Upper Silesia, Poland. His father was a railway worker. Having received a simple but strong faith from his parents, he entered the Salesian Society at a very young age and did his novitiate in Italy at Foglizzo Canavese. After his religious profession, he was sent to Rome and studied at the Gregorian University. Ordained on September 23, 1905, he became director of various Salesian houses in Poland and Vienna. He took care of the young, especially the poor, with the charism of Don Bosco. He lived among the people, sharing the joys and sufferings of the simplest persons.

Fr. Hlond was the first provincial of the German-Hungarian Province. In Vienna, he impressed on Abp. Achille Ratti, who, on becoming Pope Pius XI, appointed him apostolic administrator of Upper Silesia, a responsibility requiring exceptional tact. From Fr. Hlond’s mediation between the German and Polish inhabitants, the diocese of Katowice was born in 1925, of which he became bishop on December 14, 1925.

On June 24, 1926, Pope Pius promoted him to archbishop of Gniezno and Poznan and primate of Poland. The Pope made him a cardinal on June 20, 1927, the second in the Salesians’ history. In 1932 he founded the Society of Christ for Polish Emigrants, whose purpose was to assist the many Poles who left their country.

In 1936, as primate, he led the first synod of the Polish bishops. He became a great promoter of Catholic Action. He was the first shepherd in Poland, and possibly worldwide, to establish a Youth Festival.

In March 1939, he participated in the conclave that elected Pius XII. On September 1 of the same year, Germany invaded Poland, igniting World War II. At the request of the Polish government, in agreement with the apostolic nuncio, Cardinal Hlond went to Rome to inform the Holy Father of the tragic situation in Poland; unable to return, he took refuge in Lourdes, whence he raised his voice against the Nazis’ violations of human rights and religious freedom including the persecution of Jews in Poland.

After the fall of France, the Gestapo arrested him and interned him in Lorraine. In September 1944, the Nazis deported him to Westphalia in Germany. Released in 1945 by the Allies, he returned to Poland in July, finding a Communist government installed there. In 1946, while maintaining the episcopal headquarters of Gniezno, he was appointed archbishop of Warsaw by Pius XII.

He courageously defended the Polish people from the oppressive Marxist regime and was subject to several attacks from which he escaped unscathed.

He died of pneumonia in Warsaw on October 22, 1948, at the age of 67, the rosary in his hands. The Venerable Cardinal Stefan Wyszynski, his successor, called him a pastor “with his gaze cast to the future.”

Cardinal Hlond was a virtuous man, a shining example of a Salesian religious and generous, austere pastor capable of prophetic visions. Obedient to the Church and firm in the exercise of authority, he demonstrated humility and constancy in moments of greater trials. He cultivated poverty and practiced justice for the poor and the needy. The two columns of his spiritual life, at the school of St. John Bosco, were the Eucharist and Mary Help of Christians. He spread devotion to Mary Help of Christians throughout Poland and consecrated his country to the Immaculate Heart of Mary.

Thanks to everyone who participated in the various events with Fr. Ángel and Fr. Hugo. END_OF_DOCUMENT_TOKEN_TO_BE_REPLACED

Thank you to everyone who helped with and prayed for this beautiful and historical visit! END_OF_DOCUMENT_TOKEN_TO_BE_REPLACED