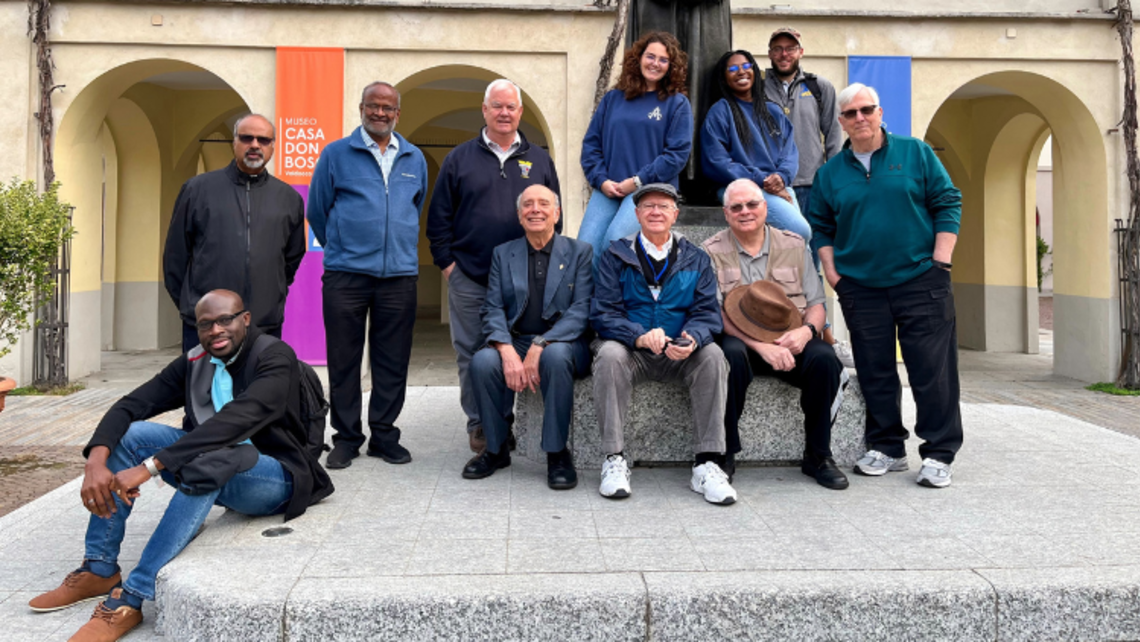 We thank God for the gift of Salesian holiness in St. Br. Artemides Zatti as we soon celebrate his first Memorial as a saint.

In the summary of Br. Zatti’s life provided by the Rector Major, Fr. Ángel Fernández Artime, in his letter, "I believed, I promised, I recovered!" we can draw a few reflections relevant to vocation ministry, which is an essential part of the mission of Don Bosco’s family.

First, Br. Zatti’s family exemplified the role of the family in the spiritual life and vocational journey of young people. Theirs was a family that nurtured faith and a spirit of work and responsibility. We learned that the family "stood out for their fervent, forthright, courageous religious practice." As a youth, Artemides worked to contribute to the livelihood of the family, both in Italy and after their emigration to Argentina. With the seeds planted in the family, "Artemides would continue to nurture an intense relationship with God within the family, substantiated by prayer, hard work, uprightness, so, everything leads us to believe... that the religious formation that the Servant of God received as a child and in his early youth... must have been privileged and in such a way as to explain the spiritual attitudes that he maintained throughout his life."

Similarly, recent surveys on new religious vocations in the Church in the U.S. confirmed the role of the family in the vocational journey of its children in our social and religious context. Between 2009 and 2019, about 2,500 men and women entered religious orders. Nine in ten of them were raised Catholic. Moreover, "seven in ten had considered religious life by the time they were 21." It can be deduced that they thought of religious life while they were still living at home. Likewise, a survey of the priests ordained in the U.S. in 2022 found that nine in ten (92 percent) of those responding to the survey were "baptized Catholic as an infant."

Second, Br. Zatti’s vocational journey confirmed the role of a spiritual and vocational guide. Salesian Fr. Carlo Cavalli was his parish priest and spiritual director. "Artemides found Fr. Cavalli to be a sincere friend, a wise confessor, and a genuine and skilled spiritual director who formed him to a daily rhythm of prayer and weekly reception of the sacraments. He established a spiritual rapport with Fr. Cavalli and one of collaboration." Thus, "under Fr. Cavalli’s guidance," Zatti "nurtured and grew in a profound relationship with God." It was Fr. Cavalli who also introduced him to books on Don Bosco’s life "and [Zatti] was fascinated by it." Fr. Ángel summarized, "This was the real beginning of [Br. Zatti’s] Salesian vocation." Later, when Zatti was about 20-years-old, Fr. Cavalli invited Artemides to enter the Salesian aspirantate.

Third, we all know that caring for the people who were sick was the trademark of Br. Zatti’s Salesian vocation and holiness. He was first introduced to this ministry by taking care of a young priest in his time of illness. He would then spend the rest of his life caring for people who suffered from illness and were in need. It was in concrete service to others, especially those who were in need, that Br. Zatti discovered his vocation and lived his call to follow Jesus.

Through the vocational journey of St. Br. Zatti, may we grow in appreciating the roles and ministries of the family, the spiritual and vocational guidance, and being of service in Salesian vocation ministry. We also pray that St. Artemides Zatti guides and intercedes for us and sends us more vocations, particularly to the Salesian Brotherhood.

Thanks to everyone who participated in the various events with Fr. Ángel and Fr. Hugo. END_OF_DOCUMENT_TOKEN_TO_BE_REPLACED

Thank you to everyone who helped with and prayed for this beautiful and historical visit! END_OF_DOCUMENT_TOKEN_TO_BE_REPLACED