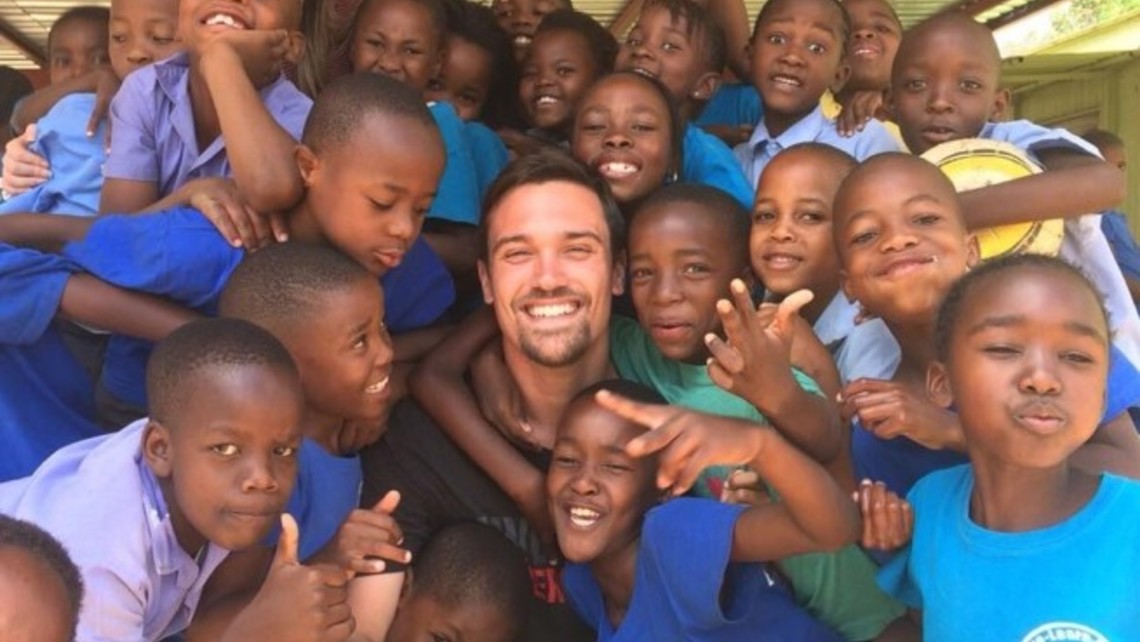 (ANS – Manzini, Swaziland – December 5) – Josiah and Laura Vacheresse are a small missionary family. They are a young couple from Tennessee with different paths behind them, but both have put themselves at the service of their neighbors. They met, married, and continued to put their talents at the disposal of the neediest, eventually volunteering as Salesian Lay Missioners commissioned in 2017. Here is their testimony after a year of missionary voluntary service in Swaziland.

Josiah: I grew up in a Salesian parish. After some discernment and searching, we decided to apply to the Salesian mission office [New Rochelle] as lay mission volunteers. I discovered that my dad had done the same program, and my uncle. So there has been a strong Salesian connection in our family.

Laura: We went to New Rochelle for a discernment weekend, met the Salesians. I didn’t know anything about Don Bosco; I was a convert to Catholicism and so I didn’t know anything about saints. A big part of our discernment was learning about Don Bosco and the Salesian charism. When I learned about Don Bosco’s life and why he started the Salesians, it was a clarification for me. Josiah and I met while we were working with delinquent youths; I was working in juvenile justice as a social worker, and Josiah was mentoring the young people in the community. So when we heard about Don Bosco and the work he did, especially his work among young prisoners, we realized that this is where God wanted us to work.

We were invited to a gathering of all the Salesians [Province Day 2017], and I was nervous because I had never been around so many religious priests and brothers. However, I was taken by surprise; it was the most joyful celebration that I have ever been a part of. They were all so nice to us and so welcoming.

What the youths taught us: They taught me that I had nothing to complain about. They taught me to be cheerful no matter what your circumstances are, which is what Don Bosco was about, cheerfulness! The communal spirit is what also touched my heart. I remember one Saturday the kids were out at basketball practice, and it had been a long day. So what they did was to collect money they had and bought bread, said grace while seated on the basketball court, and broke the bread among themselves. This moment really touched me in a profound way.

Advice to volunteers: Be patient. Things don’t change overnight. Concentrate on the things that you can control, and be radically open because God has a bigger plan, so just let it happen.

This free event is open to everyone! END_OF_DOCUMENT_TOKEN_TO_BE_REPLACED

Thus, we can continue the historical and spiritual journey. END_OF_DOCUMENT_TOKEN_TO_BE_REPLACED

From December 2-8 , please pray in your communities and works for Dcn. Ky Nguyen , who is in Theology IV and studying in... END_OF_DOCUMENT_TOKEN_TO_BE_REPLACED