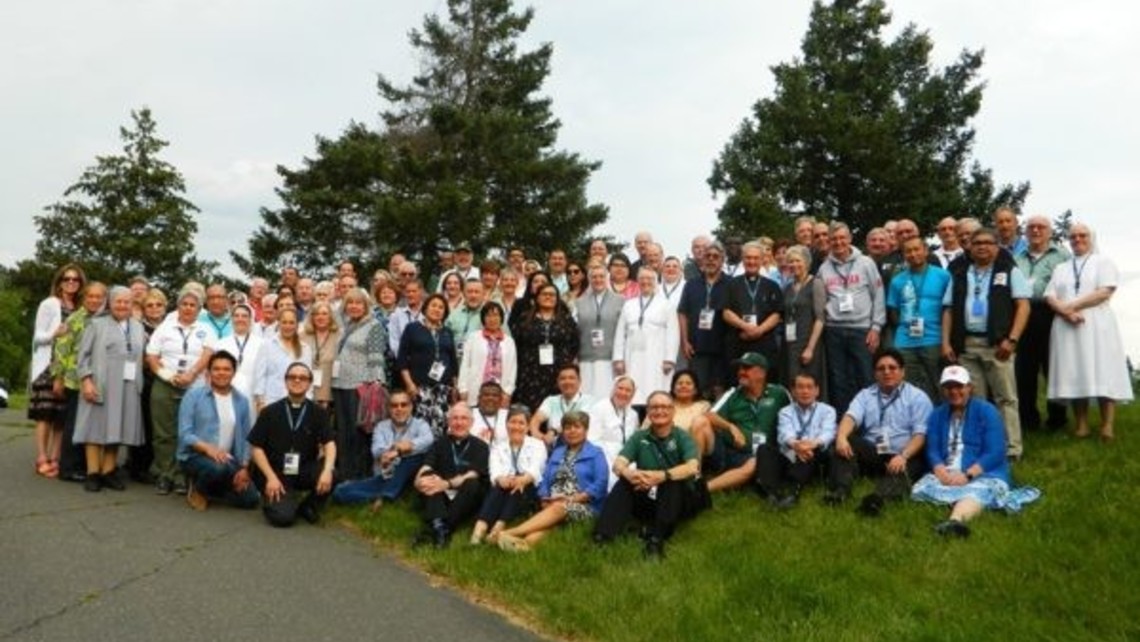 (Haverstraw, NY – June 30) – After two years of intense planning by a committee of about a dozen Salesian Cooperators, a workshop called “Forming the Formators” took place at Don Bosco Retreat Center in Haverstraw, June 28-30. It was meant to address programs of both initial formation of SC aspirants and ongoing formation of those already committed by a lifetime promise.

About 90 people involved in SC formation from the three SC provinces of the U.S. and Canada took part in the workshop. Like the SDBs and FMAs, the SCs have two U.S. provinces; but they also have a distinct Canadian province. There were 17 SDB priests, including Fr. Ted Montemayor, Western Province superior, for the entire time, and Fr. Tim Zak, Eastern Province superior of a day and a half (after a provincial council meeting had concluded); 3 SDB brothers; and 11 FMAs, including provincial Sr. Joanne Holloman—all these by virtue of being the “delegates” (SDB or FMA liaison) for one of the three provinces or a particular SC center. The rest of the participants were Cooperators: provincial councilors, local coordinators, and those engaged in formation at the province or local level. Every SC center in both countries was represented by at least one person, except Champaign.

The program included icebreakers similar to those used with young adults at leadership retreats; Lectio Divina; clarification of what formation entails; description of roles and responsibilities; Association guidelines for formation; reflection on a key constitutional article (#41); ample group reflection; and social activities.

The Eucharist was celebrated on successive days by Fr. Montemayor (feast of the Sacred Heart, with a rich example offered from the life of Fr. Frank Klauder), Fr. Rich Authier (feast of Sts. Peter and Paul), and Fr. Zak (Sunday). At the closing Mass, the SCs renewed their promise and all the attendees received certificates of participation.  The Rosary was prayed outdoors on Friday evening, and during a Saturday evening period of Eucharistic adoration, the sacrament of Reconciliation was offered.

Everyone seemed to think it was a good weekend—updating formators on requirements and procedures, collecting new documents (which Sr. Denise Sickinger spent many hours preparing for publication), sharing ideas, renewing acquaintances, and making a lot of new friends.

Province delegates Fr. Tom Dunne and Sr. Sickinger and many others like Judy Alvarez, Chris Yarnold, Rosa D’Addario, and Liz Gamarra—too many to name everyone—earned the praise of the participants for organizing Forming the Formators.

There will be a video released each day of the novena. END_OF_DOCUMENT_TOKEN_TO_BE_REPLACED

This free event is open to everyone! END_OF_DOCUMENT_TOKEN_TO_BE_REPLACED

Thus, we can continue the historical and spiritual journey. END_OF_DOCUMENT_TOKEN_TO_BE_REPLACED