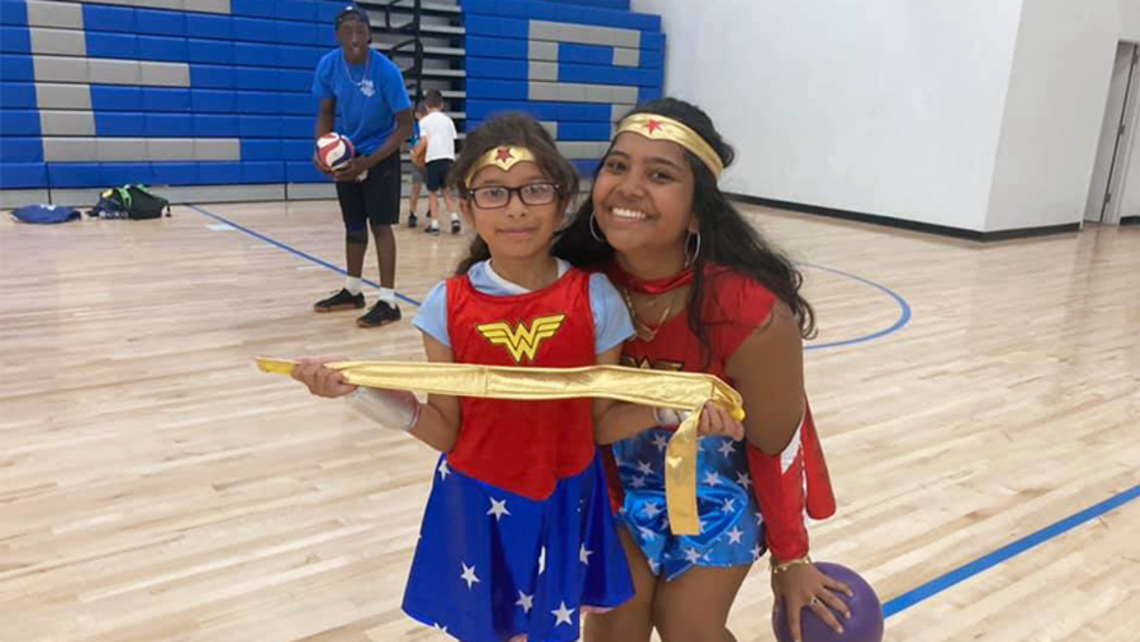 Camp Echo Bay 2021 in New Rochelle is well underway. We are now in our fourth of seven weeks, averaging upwards of 400 campers a day. Tommy Siefring, the new CYM of Salesian High School (Salesian High), recently debuted as camp director. He is building on the outstanding tradition of Artie Schoenherr, long-time former director, and others. Tommy is assisted by a staff of Salesian High current teachers, alumni, current students, alumni campers, and three SDBs: Fr. Paul Chu, Br. Bernie Dubé, and Fr. Bill Ferruzzi as chaplain.

It’s been years since I’ve been involved in the summer camp scene. Even now, I am far less than a full-time councilor. I did, however, participate a little in the orientation for the camp staff, and, on a recent Thursday, I attended the weekly staff meeting at the end of the camp day. I didn’t know what to expect, but I came away excited and proud.

The meeting began with Fr. Paul leading a simple prayer service. He then asked the councilors to share, if they wished, how they met Jesus during the camp week. When I heard that, I cringed—I thought there would be nothing but embarrassed silence. Yet no—beautiful sharings followed, in a natural and unforced way, that showed young minds and hearts attuned to the presence of God, and most of them came from our current Salesian students. I was really impressed. Our kids at Salesian High have been receiving a deep Salesian formation. I should have known that because I did hear school confessions a number of times during the year.

Next, Nick Federico, current teacher and the assistant camp director, reviewed some dos and don’ts with the staff. These included mostly very positive and encouraging suggestions, including the necessity for these teenagers to get some good rest over the weekend after the intense work, in intense heat, of the camp. Then, Fr. Bill Ferruzzi gave a presentation on the Preventive System in his own inimitable style: down to earth, funny, but really Salesian. I was also impressed at how attentive the kids were.

It’s when I got up to give the Good Night that they began to drift. I couldn’t compete with Fr. Paul, Nick, and Fr. Bill. I simply thanked and encouraged them, too, asking them to reflect on how the basic motivation for our Salesian style of dealing with kids—presence, loving-kindness, etc.—was because Jesus Himself is always present, kind, and loving with each one of us. I repeated Nick’s encouragement that they get good sleep, just not during camp hours, and I asked them what prayer Don Bosco tells us to pray every night before our heads hit the pillow. Our Salesian High boys, of course, came right out with the answer—three Hail Marys.

After the meeting, there was what seemed like an endless supply of pizza and soda, and then the gym was open for them until 7:00 pm ET. The whole experience was really like an oratory.

I also found myself recalling a common criticism of Camp Echo Bay from years ago, a complaint that it really was a pre-and neo natal camp. It wasn’t fair. Although we do have lots of younger kids (though not that young), we also have hundreds of middle school-aged kids and early teens. These are the kids the camp serves. God alone knows how much educative and pastoral good He works in these little kids through camp. However, the real value of this camp is not in the considerable income it generates for the school, but rather the opportunity to accompany these teens and young adults in their journeys as councilors, as Salesians, and as followers of Jesus. There’s the real gold of Camp Echo Bay.

“Do all through love, nothing through constraint." END_OF_DOCUMENT_TOKEN_TO_BE_REPLACED

Due to the pandemic, the annual assembly was virtual. END_OF_DOCUMENT_TOKEN_TO_BE_REPLACED