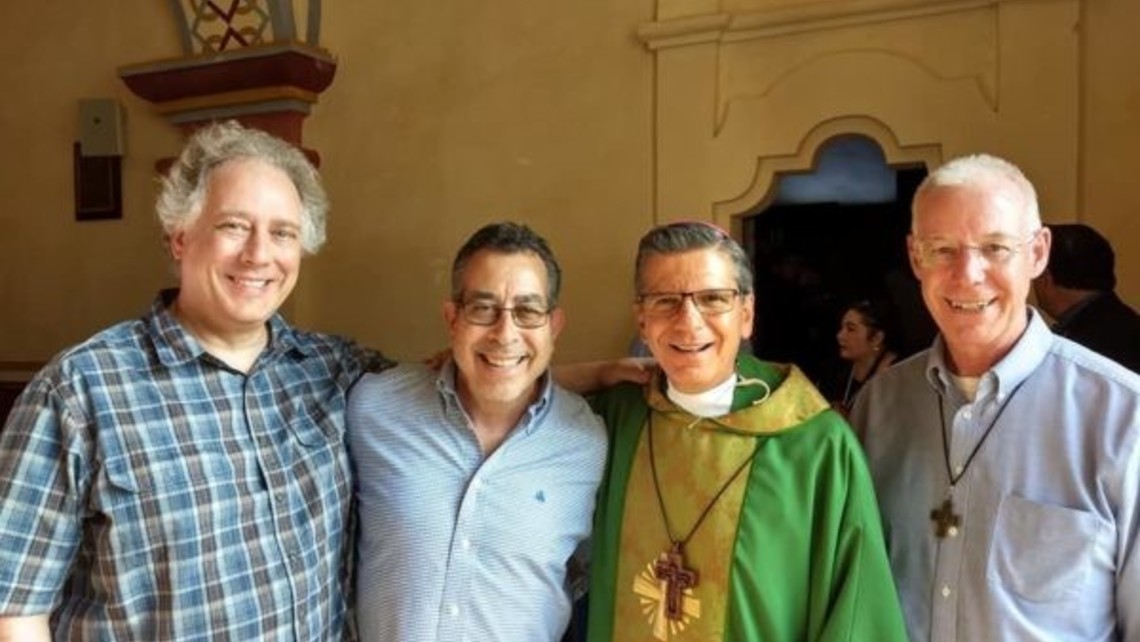 (San Antonio, TX – August 8) – Most of the US major superiors of men, their councilors, and their program leaders attended the annual national assembly of the Conference of Major Superiors of Men, August 6-8, at the Omni San Antonio in San Antonio.

The assembly agenda was a discussion of the future of religious life in the United States, with plenty of dialog about religious life and leadership. It was a moment for fraternal review, reflection, and talks in order to strengthen the members’ institutes to make them more effective in carrying forward the prophetic witness of religious life.

The assembly opened with a solemn Mass at the 18th-century Mission San José led by Josephite Fr. Mike Thompson. Another Mass was celebrated by San Antonio Archbishop Gustavo Garcia-Siller, M.Sp.S.

This free event is open to everyone! END_OF_DOCUMENT_TOKEN_TO_BE_REPLACED

Thus, we can continue the historical and spiritual journey. END_OF_DOCUMENT_TOKEN_TO_BE_REPLACED

From December 2-8 , please pray in your communities and works for Dcn. Ky Nguyen , who is in Theology IV and studying in... END_OF_DOCUMENT_TOKEN_TO_BE_REPLACED