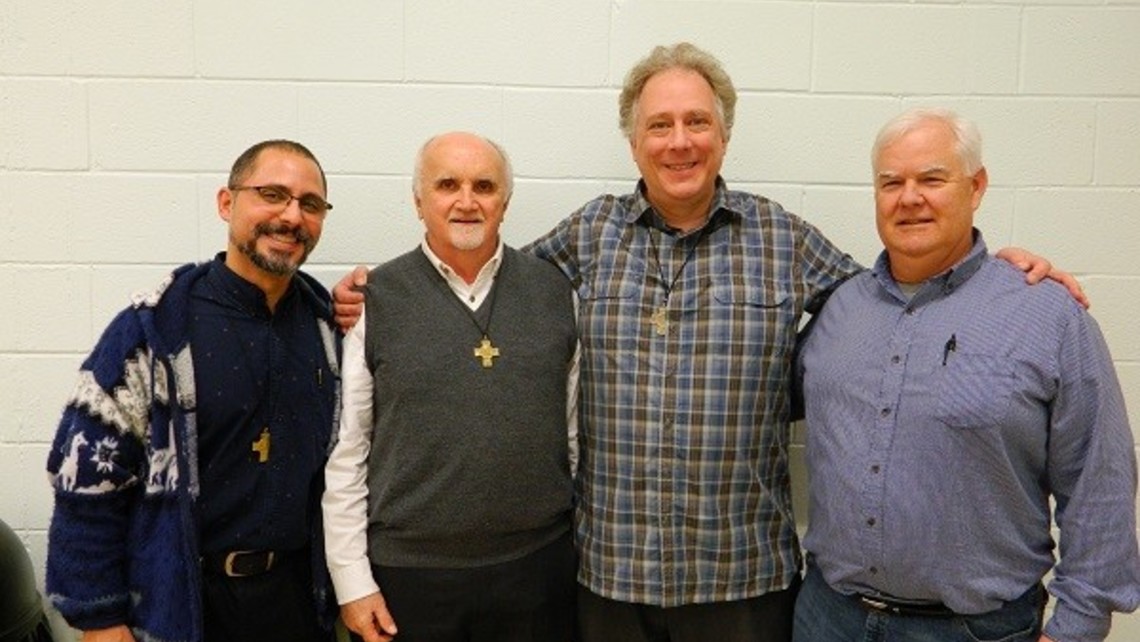 The 2019 Provincial Chapter of the St. Philip Province opened on Tuesday, March 19, with a morning of recollection and Mass of St. Joseph, the latter celebrated by Fr. Tim Ploch, member of the general counsel, who is at present conducting an extraordinary visitation of the province in the name of the Rector Major.

On Tuesday morning the chapter members observed a half-day of recollection. Bro. Tom Dion, a member of the provincial council who represented our province at the 26th General Chapter, gave a conference based on the lead articles of the Constitutions concerning the provincial and general chapters, stressing their importance for the communion that they foster among the capitulars and in the communities they represent.

Fr. Ploch presided at the Mass of St. Joseph on the 19th. His homily spoke of St. Joseph’s virtues as models for our Salesian imitation.

Chapter sessions began on Tuesday afternoon with the provincial’s report on the state of the province and discussion thereof, followed by committee meetings on the five topics of next year’s general chapter.

On Tuesday evening and Wednesday morning, the chapter members discussed three of those five topics: what young people think of the Salesians; what Salesians think young people expect of them; and the profile and formation of today’s Salesian. On Wednesday afternoon they took up the other two topics: the collaboration of lay people and Salesians in the shared Salesian mission; and various juridical concerns. In the evening there was a discussion of safe environment concerns (for the protection of young people in our works).

The chapter’s one brief moment that might be termed “heated” took place on Wednesday morning with reference to the characterization of some of our parish presences in one part of the province. The moment passed and was over.

Most of Thursday was given to various sections of the Province Handbook, such as finances, formation, care for senior confreres, and general administration. There was also a presentation on the province’s youth ministry plan, part of which involves policy. By far the longest discussion on the chapter floor concerned the province’s policy for the phases of initial formation, which has to take into account the directives of the Rector Major; in fact, the topic surfaced again, at length, during the provincial’s Q and A session after the chapter had concluded.

Two of the five documents that will be sent to SDB headquarters in Rome for General Chapter 28 were given final approval on Thursday. The other three, after various revisions, were approved on Friday, as were the separate components of the Handbook.

Finally, on Friday the chapter elected our province delegate to GC28 (which will meet in Turin from the end of February next year until early April). To veterans of chapters past, it was a surprise that it took just two ballots to elect the delegate: Fr. Mike Conway, director of the “Washington” community, who received 24 of the 40 votes. And it took only one ballot to elect a substitute delegate: Fr. Abe Feliciano, the province’s delegate for youth ministry. Fr. Abe got 22 votes out of 40.

The chapter’s four days were marked by a great spirit of fraternity among the forty capitulars (and two secretaries). We prayed together, ate together, laughed together, and shared together common concerns both personal and pastoral.