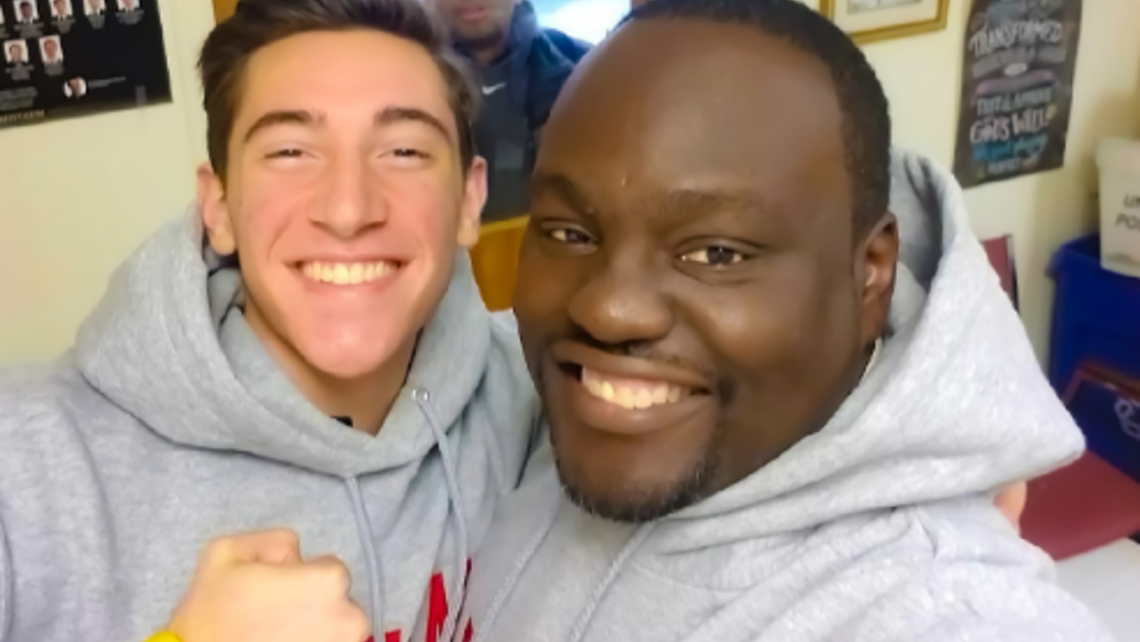 On December 23, 2020, our Salesian Family were dealt with a great loss when George Janvier, the beloved CYM at Salesian High School in New Rochelle, NY, passed away. As the two-month anniversary of his death approaches, a few members within the Salesian High School Community shared their experiences with George, who was best described as a true mentor and father figure.

When Salesian High School needed a new coordinator of youth ministry a few years ago, one teacher knew who the perfect fit would be. “One of the teachers was also a deacon in George’s parish and suggested him for the job,” Fr. John Serio, President of Salesian High School, reminisced. “After I met him, I said, ‘This is the one. He will do great things here.’”

It did not take long for George to cement his place as a beloved member of the Salesian Family. “He was what I would call a natural Salesian. He got it, and he got it early on,” Fr. John continued. “He had a gregarious way of making you feel instantly at ease. He also had a great way of building rapport and developing relationships at a first meeting.”

Indeed, Anthony Madia ’18 would feel an instant connection with George during their first meeting. “Sean Barry and I were the first students to meet George. I wanted to make sure George had a good first year,” Madia exclaimed. “He felt like our uncle in the first meeting, and it’s a very Salesian thing to meet you where you are. He would relate to everyone; he saw what your potential was and encouraged you to be who you are meant to be. He was always there.”

George also gave each student his full attention and made sure he was always there whenever they needed him. “George was truly one of a kind, he cared about every student that he met, whether at Salesian High School or on a retreat,” Cory Gardner ’19 beamed. “He had this unique gift of being able to get a lesson out of any situation, and the reason he was also trying to teach those around him is that he wanted the best for them. George saw the potential in everyone and let them know it. George had this way of making you calmer when you were around him, no matter how stressed out you may be. George was an incredible person with a beautiful heart.”

And he helped students both off-campus and outside of the youth ministry office. “George taught me how to be a man. I live with my grandmother and have had a lot of responsibilities that teenagers do not normally have,” Kostas Argyros ’18 explained. “George helped me perform those responsibilities with compassion. He taught me a lot and I aspire to live my life the same way he did, he truly embodied the Salesian Charism. When I think of Salesian, I think of George.”

Last month, Salesian High School decided to name the student lobby in George’s honor. “He was a presence that was larger than life in this building,” Fr. John remarked. Many in the community couldn’t agree more. “It’s a great honor and very fitting since he spent a lot of his time there,” Madia observed.

Indeed, this great tribute to George will instill his memory in the Salesian High School community—and the Salesian Family—for many years to come. “For me, he was a good friend. He captured Don Bosco’s spirit very quickly,” Br. Bernie Dubé reflected. “He’s now in Don Bosco’s Garden laughing his head off and smiling as he did.”

These questions are suggestions for how communities might approach the two topics. END_OF_DOCUMENT_TOKEN_TO_BE_REPLACED