“God is Surely on My Side”: A Personal Testimony 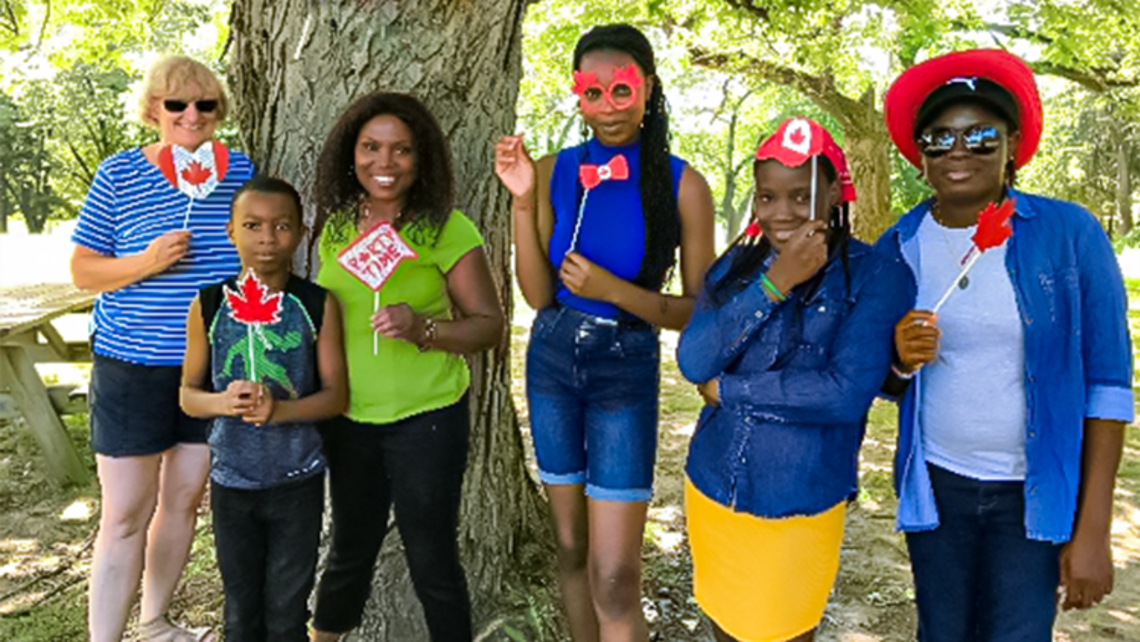 I arrived in Montreal, QC, Canada, on April 17, 2017, with my nine-year-old daughter and one-year-old son. As a refugee, I started the application process for status in Canada.

My first application did not go as I wished because of the lawyer who served my case. Not knowing anything about the immigration system, I relied solely on information people told me. I also leaned on my lawyer who, like me, was Nigerian, and I trusted him. The lawyer had only one session with me, and it was in his car with other clients. Since the lawyer did not do very much to prepare my case, I put all my hope and trust in God.

On the day of the hearing, my lawyer provoked the judge by leaving the courtroom during the proceeding to tend to his parked car. He returned to the courtroom only after an extended absence to feed the parking meter. After the hearing, I was told that I would receive a response in three months—it did not go in my favor.

Encouraged to appeal the decision, I got a new lawyer. This time, I had to pay out of pocket for the new lawyer since she did not accept legal aid. This lawyer told me upfront that the appeal would not succeed, since the first lawyer, being incompetent, had ruined my case from the beginning. Having known that appealing the decision was futile, she filed for the appeal anyway to buy time to build my case. The appeal was submitted in November 2018 and was denied one year later in November 2019. By this time, my children and I were living in Toronto, ON, Canada.

Having received a negative response to the appeal case, I felt like my world was coming to an end. I cried for weeks. Fortunately, by this time, I had connected with the Salesian parish of St. Benedict in Etobicoke, where I prepared for initiation in the Catholic Church in the RCIA process.  My daughter also readied herself to complete her initiation sacraments in a process of preparation for youth. In the depths of despair, my newfound church family and good friends encouraged me not to give up and to hold on to hope.

To make matters worse, in February 2020, my daughter had a serious health emergency that required an extended hospital stay for observation and care. My world came crashing down before my very eyes: I was struggling with my immigration status and, as if that wasn’t enough, I was caring for my very sick child. Being with my sick daughter daily for months in the hospital felt like I had abandoned my son, who I left in the care of a friend at her home.

I couldn’t work. I was thinking too much. I wasn’t eating. I fell ill several times, but I remained steadfast and held on strong to God and his promise for my life and that of my kids. My church family at St. Benedict’s never left my side, not even for one second. From beginning to end, they were with me through this chapter of my struggle.

With an application for status on Humanitarian Grounds in process since November 2019, I was summoned to the immigration deportation office in mid-February 2020, only a short time after my daughter’s hospitalization. Immigration Canada had a plan to start the removal process: to deport my family back to Nigeria.

Once I received the crushing letter from the official at the deportation office, I took it straight to church, where I went to the Eucharistic Adoration Chapel. The chapel has always been my go-to place when I feel like giving up. Since my youth in Nigeria, I would go to chapel, drawn by the presence of God that consoles and reassures me.

In the chapel, I placed that letter on the altar on which Jesus in the Blessed Sacrament was exposed. I went down on my knees and cried to God. Between sobs, I pleaded with God to deliver on His promise to His children. I prayed and asked him to take away the suffering I endured because I did not know how much longer my heart could take such pain.

As I poured out my heart to God, I prayed especially that that day would be the last time I would go to the deportation office. I prayed that from that day onward, I would not receive negative responses from the immigration office or deportation letters in my mailbox or my home. I pleaded with God for good news and congratulations for me and my kids. I concluded my prayer that day with the rosary.

From that day, God manifested his power in mighty ways as things began to change for the good. With the passing days and weeks, from March through July, despite the COVID-19 pandemic, it became clearer that God was active in my situation.

God’s divine presence was most evident in an unexpected phone call I received from my lawyer on July 29. That morning, she called to inform me that my humanitarian case was approved. Overwhelmed with joy, I jumped, screamed, and cried. With this news having come in the birth month of both my children, I knew July will forever be a month of great celebration of life in my family. As the conversation continued, my lawyer added that after many years of advocating for refugees in cases like mine, she has never seen a favorable response granted in only eight months; most of her clients’ cases take at least two years before any response is given. Her closing words were, “God is surely on your side.”

Surely, God is on my side and on the side of my children and all who approach Him with confident trust in all things. Indeed, as the psalmist writes, “The Lord is near to all who call on him” (Ps. 145). And for this, I praise God! For the first time in more than two years, I slept well without worrying, without tears. I thank God too, that by His grace, my daughter’s health is improving. All glory be to God Almighty.

This free event is open to everyone! END_OF_DOCUMENT_TOKEN_TO_BE_REPLACED

Thus, we can continue the historical and spiritual journey. END_OF_DOCUMENT_TOKEN_TO_BE_REPLACED

From December 2-8 , please pray in your communities and works for Dcn. Ky Nguyen , who is in Theology IV and studying in... END_OF_DOCUMENT_TOKEN_TO_BE_REPLACED