“The Blessing of Uncertainty” 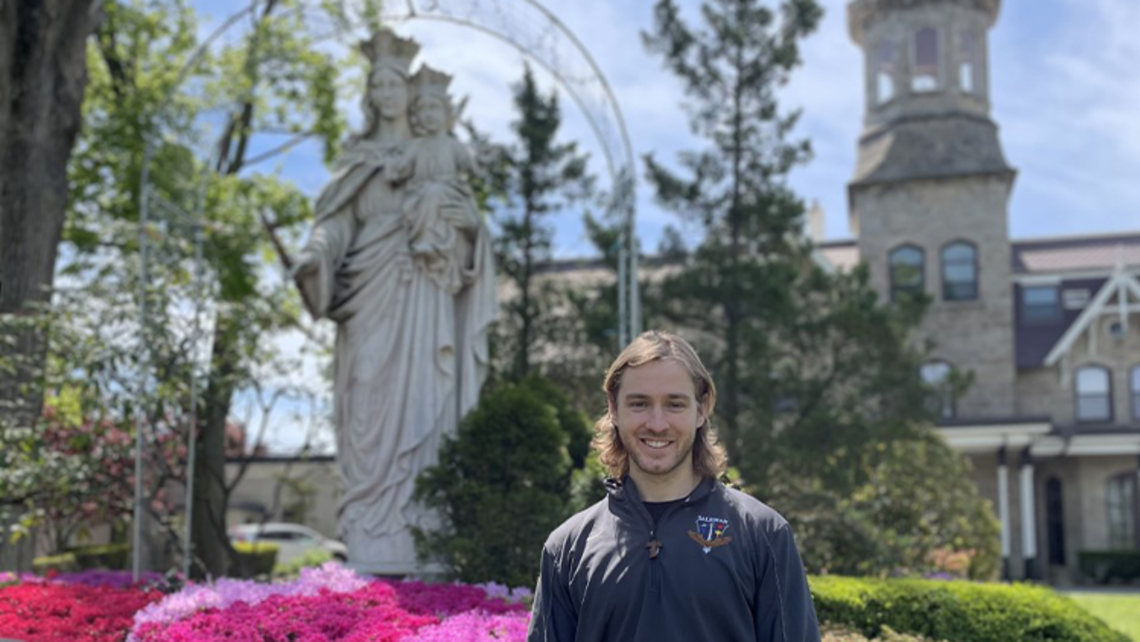 Ten years ago, Br. Dan Glass, SDB lived in a world of certainty. “After high school graduation, I went to Georgia Tech in Atlanta, where I studied engineering,” he began. “Then, six years ago, I went abroad to South Sudan as a Salesian Lay Missioner.”

After his experience, Br. Dan felt a call to the religious life. “I started formation in the novitiate and focused on committing to God’s calling me to be a Salesian,” he beamed. “While I never had an ‘ah-ha’ moment that led me to my vocation, each step gave me consolation that ‘yes, I’m where God wants me to be.’ These little bricks built up a strong, solid foundation knowing this is what God wants me to do.”

Once Br. Dan felt convinced of his vocation, he opened his heart again to being a Salesian missionary. “I needed to be sure of two things: first, that I was called to religious life, and second, that I was called to religious life as a Salesian of Don Bosco,” he explained. Rooted in his vocation as a consecrated Salesian, he continued to discern his missionary ad gentes vocation. “Both answering my calling and applying for the missions were very similar. They were motivated by my realizations of the little things, what I’m passionate about, and what moves my heart. Looking back, I also realized ‘this is more than just a nice thought.’”

Last month, Br. Dan learned that he had been accepted as a Salesian missionary. “I’m very excited!” Br. Dan exclaimed. “When I first saw the email, I thought ‘this is real!’” In September, Br. Dan will journey to Italy for missionary training and then be commissioned by the Rector Major to serve in another province. Yet Br. Dan remains motivated by the unknown.

“While I’m excited and a little nervous not knowing where I’ll go, this is something I always had in my heart and mind,” he described. “The blessing of uncertainty is that it leads to an open heart and leaves you open to possibilities. Plus, I’ve been professed for three years and with the Salesians for six years. Whatever you got, I’ll take!”

Br. Dan also holds onto the hope and excitement he feels in God’s plan. “Although I don’t know where I’ll be, I know that every step I take is a step closer to grow in the mission and in faith with the young and leads us closer to God and Jesus,” he illustrated. “I have the hope and excitement that God will always be with me and that God has something beautiful in store for each of us.”

Hope is also something that Br. Dan envisions carrying him through these next few years. “In five years, God willing, I’d be preparing to be ordained and I hope I will be confident and comfortable to take steps towards ordination,” he explained. “I hope to be faithful to the calling and closer to Christ in my ministry as a priest. And I pray to be someone who’s continuing to grow deeper and more willing and freer to give everything to the mission for Christ.”

Br. Dan also remains guided by scripture and Our Lady. “One of my guiding scripture quotes that’s led me is at the end of the Gospel of Matthew: ‘Behold I’ll be with you always till the end of time,’” he exclaimed. “No matter what it is, there’s the promise Christ will be with us. I’m also inspired by the title of Mary as Star of the Sea. Whether you’re a traveler or weathering storms, we know that to have Mary as our Mother and champion is a true blessing.”

"To Be Together as Brothers"

May the retreats bear much fruit in our mission to the young. END_OF_DOCUMENT_TOKEN_TO_BE_REPLACED

From June 17-23 , please pray in your communities and works for Andy Lagunas and Ann Steffen , who are Salesian Lay Missioners... END_OF_DOCUMENT_TOKEN_TO_BE_REPLACED

"I believe it was a call from God." END_OF_DOCUMENT_TOKEN_TO_BE_REPLACED