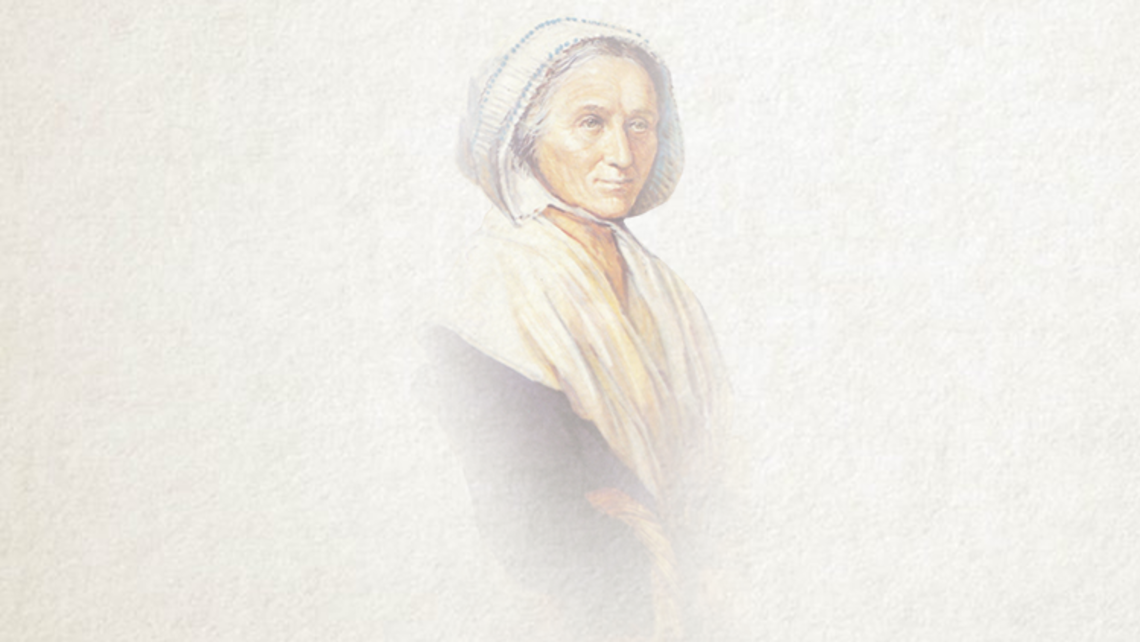 On November 25, the anniversary of the death of Mama Margaret at the Oratory in Valdocco, Salesians pray for all their deceased parents.

Margaret Occhiena was born on April 1, 1788 in Capriglio, in the province of Asti, the sixth of ten children. She was baptised in the parish church that same day. Her parents were farmers with sincere Christian sentiments. From a young age, Margaret was a great worker. Although time and commitments did not give her the opportunity to study, her love for prayer enriched her with the wisdom that is not found in books.

Francis Bosco and the Becchi

In 1812, she married Francis Bosco. Francis was a 27-year-old widower with a three-year-old son, Anthony, and a sick, dependent mother. She would give birth to Joseph in 1813 and John—the future Don Bosco—in 1815. Together, they move to the Becchi, a hamlet of Castelnuovo d’Asti. In 1817, Francis died of pneumonia.

A woman of great faith

At 29, Margaret found herself facing the family's management at a time of great famine, assisting Francis' mother, as well as Anthony, and the little Joseph and John. Margaret was a woman of great faith. God was always to the fore in her thoughts and on her lips.

The love of the Lord was so intense that it formed a mother's heart in her. A wise educator, she was able to combine fatherliness and motherhood, gentleness and firmness, vigilance and trust, familiarity and dialogue, raising her children with selfless, patient and demanding love. Attentive to their experience, she trusted in human means and divine help. Three boys with very different temperaments grew under the same criteria, but with different methods. She taught them the catechism and prepared them to approach their first communion.

Hearing young John's dream at nine years of age, she was the only one who could interpret it in the light of the Lord: "Who knows if you should not become a priest." She also allowed him to spend time with some of the difficult boys because they behaved better with him. Anthony's hostility to John's studies forced her to remove her younger son so he could study. She accompanied him in his desire to become priest until his ordination. On that day, she would utter some words that would remain in Don Bosco's heart throughout his life.

Mother of the Oratory

When Don Bosco became seriously ill in 1846, Margaset went to assist him, discovering the good he did for the abandoned youth. At the request to follow him, she replied: "If you believe that this is the will of the Lord, I am ready to come." The presence of Mama Margaret transformed the oratory into a family. For ten years, her life merged with that of her son and with the beginnings of Salesian work. She was Don Bosco's first and foremost co-worker, became the maternal element of the preventive system, and became, without knowing it, a "cofounder" of the Salesian Family.

Margaret died in Turin, struck down by pneumonia, on November 25, 1856, at the age of 68. Many boys went to the cemetery, mourning her as a m would be mourned. Generations of Salesians called her and stil call her "Mama Margaret."