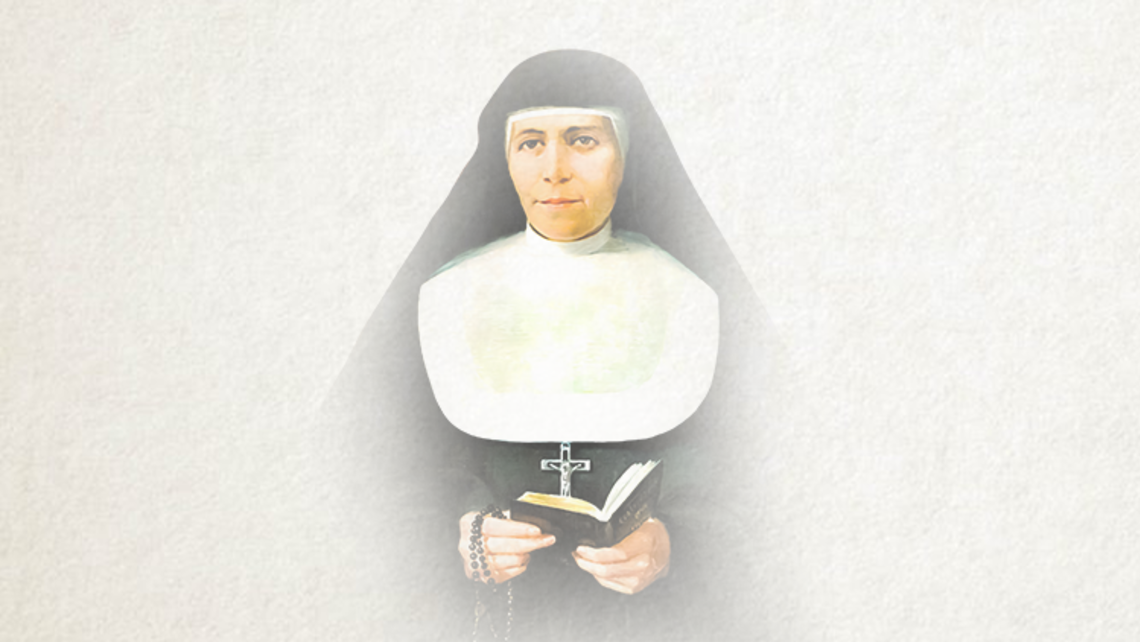 "I entrust them to you"

Mary Domenica Mazzarello was born in Mornese, in the province of Alessandria, on May 9, 1837 to a large peasant family. Equipped with an uncommon physical strength, since she was a girl she worked in the fields with her father, Giuseppe. He often remarked, "Because God does not let us lack bread, we must pray and work." Thanks to the deeply Christian education received in the family, Mary made great sacrifices to meet Jesus daily in the Eucharist. "Without him I could not live," she said.

In 1860, typhus arrived in Mornese. Her confessor, Fr. Pestarino, asked her for help in treating some relatives of the Mazzarello family. Mary accepted but fell ill. She recovered unexpectedly, but lost the physical strength of the past, yet not her faith. Walking along the road, she saw a mysterious vision: a big building with lots of girls running in the courtyard, and a voice that told her "I'm giving them to you."

The Holy Spirit formed a motherly heart in her

Unable to be a farmer anymore, she decided to become a seamstress and to teach poor girls to sew in agreement with her friend, Petronilla. The Holy Spirit formed a motherly heart in her. Prudent and wise, she educated the girls with preventive love. The small workshop opened and—as also happened to Don Bosco—the Lord sent her the first orphans to welcome. The first collaborators arrived, whom Fr. Pestarino would call the Daughters of Mary Immaculate.

Don Bosco arrived in Mornese with his youth in 1864 to open a college for the boys of the town. Mary looked at him and exclaimed, "Don Bosco is a saint, and I feel it." Don Bosco visited the small workshop run by the Daughters of the Immaculate and was very impressed.

Daughters of Mary Help of Christians

Pius IX asked Don Bosco to found a female institute. Summoning Fr. Pestarino, he chose the Daughters of Mary Immaculate, sending them to the newly built college. Mary and her companions suffered hunger, also because of the initial hostility of their fellow villagers, but they were always cheerful and their faith never wavered.

In 1872, the first 15 Daughters of Mary Immaculate became the Daughters of Mary Help of Christians. Mary was called to govern the group but initially, she called herself the Vicar, because, she said, "the true superior is Our Lady."

The Institute grew, and the first houses were opened, the first missions in America. Mary was called "the mother." Despite everything, she remained simple and caring with everyone, and always gave the example even in the most humble jobs.

With her wisdom, she directed the spirituality of the Institute, incarnating the charism given to Don Bosco in the Daughters of Mary Help of Christians.