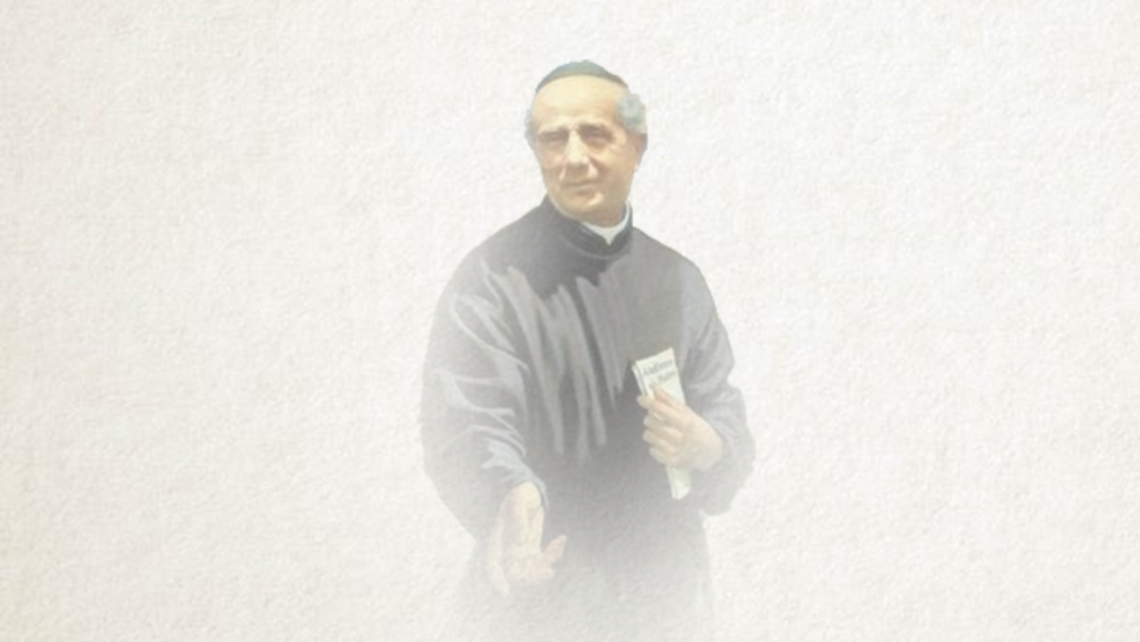 A priest for the young and the poor

Louis Guanella was born in Fraciscio di Campodolcino in Val San Giacomo (Sondrio) on December 19, 1842. The particular geographical location where he grew up formed Louis into a solid character—firm, temperate, and with a spirit of sacrifice. He was always distinguished for his great faith strengthened by popular piety, a faith alive for its closeness to the poor and simple. He studied at the Gallio College in Como and throughout various diocesan seminaries. In 1866, he was ordained a priest and, soon after, appointed parish priest at Savogno. He dedicated himself zealously to young people busying himself with helping them in their schooling and revitalising Catholic Action.

He was in contact with Don Bosco at the time. Fascinated by the Salesian charism, he tried opening a college for the young, but the operation didn’t go ahead. However, he wanted to stay with Don Bosco and became a Salesian in 1875. He was in charge of the “Saint Aloysius” Oratory in Turin and soon after was appointed Rector of the “Dupraz” College in Trinità (Cuneo). He remained in the Salesian Congregation for just three years, because the Lord had arranged otherwise—the bishop, in fact, called him back to the diocese. Louis had no fear of defending young people and the poor even in front of the powerful and the politicians.

Returns to the diocese and founds Congregations

This was another reason why he had to close the school he had opened for poor children in Traona. Sent by the bishop to look after a hostel for poor elderly people, he founded a group of Ursulines there, whom he organised into a Congregation—the Daughters of Our Lady of Providence. The new Congregation was dedicated to the education of youth, especially those who were poor and on the margins, but also to support and be with poor, elderly folk. In Como, he founded the House of Divine Providence, at the centre of which he built a Shrine to the Sacred Heart. With support from the bishop, he also founded a male branch—The Servants of Charity—with the same aims.

Congregations flourish in US and Europe

His Congregations flourished in Italy, Switzerland, and the United States. In support of the dying, he founded the Pia Unione del Transito of Saint Joseph. He built various churches and works for emigrants and fringe-dwellers. What he gained from his experience with Don Bosco was not only a love for the young that he carried with him all his life, but in particular blind obedience and sacrifice in his relationships with his superiors. Like Don Bosco, he was obedient to the bishop, even when it meant suffering and misunderstanding. He died at Como on October 24, 1925. He was declared Venerable on April 6, 1962 and beatified on October 25, 1964 by Paul VI.