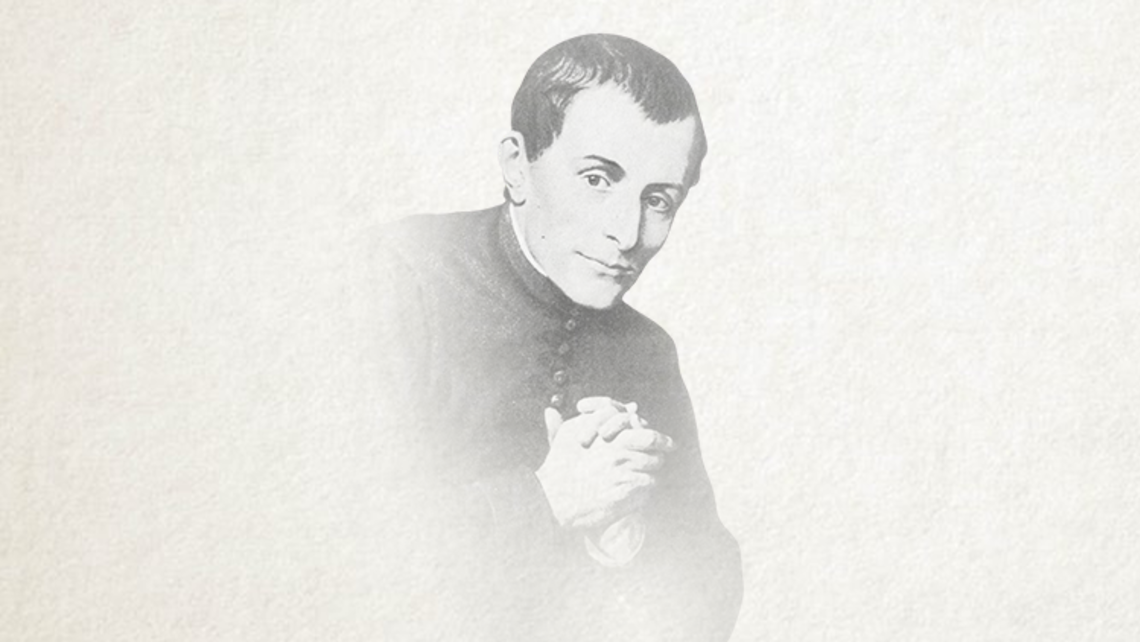 Joseph Cafasso was born in Castelnuovo d'Asti in 1811. The son of small landowners, he was the third of four children, of whom the last, Marianna, would be the mother of Bl. Fr. Joseph Allamano. From when he was very young, the family and the entire village regarded him as a young saint. He completed his theological studies at the seminary in Chieri, and, in 1833, was ordained a priest. Four months later, he went to the Convitto Ecclesiastico, a residential pastoral institute for putting the finishing touches to his priestly and pastoral formation. He would remain involved there for the rest of his life, eventually becoming its Rector.

At the Convitto, the spirituality of St. Ignatius reigned supreme, as well as the theological and pastoral orientations of St. Alphonsus Maria Liguori. Teaching was given much attention and was aimed at forming good confessors and capable preachers. Joseph studied and gained a deeper understanding of the spirituality of St. Francis de Sales, which he then passed on to one student in particular—John Bosco. Cafasso, his spiritual director from 1841 to 1860, contributed to forming and guiding Don Bosco's spirituality.

His appreciation of daily duty as a way to holiness was typical of his teaching. As the Founder of the Salesian also testified, "the extraordinary virtue of Cafasso was his marvelously faithful and consistent practice of ordinary virtues."

Apostolate to the poor

Always attentive to the needs of the poorest, he visited and financially supported those who were impoverished, bringing them the consolation that came from his priestly ministry. His apostolate also consisted in spiritual accompaniment of prisoners and those condemned to death, to the point where he was defined as "the prisoners' priest." A prudent and reserved spiritual master, he was the spiritual director of priests, laypeople, politicians, and founders.

Pearl of the Italian clergy

Pius XI called him "the pearl of the Italian clergy." Fr. Cafasso also supported Don Bosco and the Salesian Congregation in material ways from its very beginnings. After a short illness, he died at just 49 years of age on June 23, 1860. He was beatified in 1925 and canonized by Pius XII in 1947, who recognized him as a "model of priestly life, father of the poor, consoler of the sick, support for prisoners, savior of the condemned." The same Pope, in his encyclical Menti Nostrae on September 23, 1950, proposed him as a model for priests.