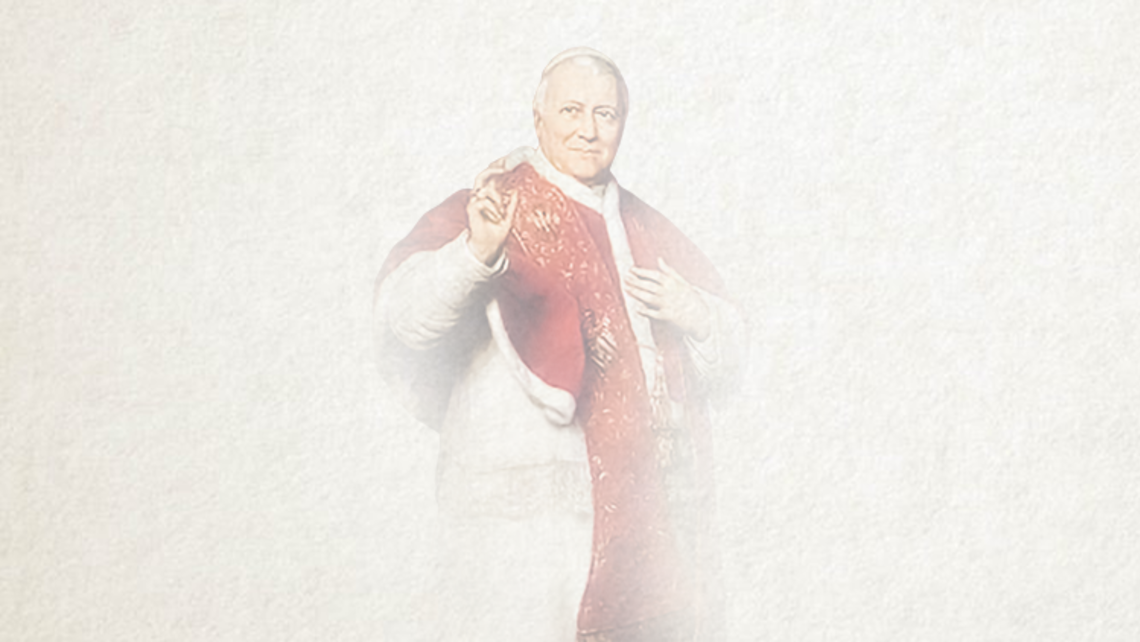 Future pope as a missionary

Giovanni Maria Mastai Ferretti (Pio IX) was the ninth child of Count Girolamo and Caterina Sollazzi. He was born in Senigallia on May 13, 1792. Between 1803 and 1808, he was a pupil at the College for noblemen in Volterra. Due to sudden attacks of epilepsy, he had to pause his studies to become a priest. In 1815, at Loreto, he obtained the grace of a full recovery. He resumed his theological studies in 1819 and was ordained a priest. In 1823, he went as a missionary to Chile for two years.

Young bishop of Spoleto | Pope at 54

At just 35 years of age, he was appointed Archbishop of Spoleto, and then of Imola in 1832. In 1840, he was created Cardinal, and, on June 16, 1846, on the fourth vote, with 36 votes out of 50 Cardinals at the Conclave, was elected Supreme Pontiff at just 54 years of age. As soon as he became Pope, he undertook a number of reforms within the Papal State (freedom of the Press, freedom to Jews, beginning of a railway, promulgation of the Statutes, etc.). However, his “persecution” began in 1848, when he refused to support the war against Austria.

Advises Don Bosco on his Society

St. John Bosco had his first audience with Pius IX on March 9, 1858. Both of them had the feeling they had encountered a Saint. Pius IX supported and guided Don Bosco in the founding of the Salesian Congregation. It was he who suggested calling it a Society in step with the times, of having vows, but not solemn vows, and he suggested a simple habit and an intense, but not too complicated, practices of piety. Moreover, he convinced Don Bosco to write his memoirs to leave the Salesians a spiritual legacy.

During his Pontificate, he approved the Constitutions and the Salesian Society, the Institute of the Daughters of Mary Help of Christians, and the Pious Union of Salesian Cooperators, and was amongst the first to enroll as a member. Don Bosco had a great love for Pius IX and accepted all his advice, even when it cost him great sacrifice. “I am ready to face any difficulty,” he would say, “when dealing with the papacy and the Church.” But the Pope, too, had great esteem for Don Bosco and called him to Rome often to ask his help on delicate issues.

On December 8, 1854, he defined the dogma of the Immaculate Conception. In 1869, he called Vatican Council I, and on December 8, 1870, proclaimed St. Joseph Patron of the Universal Church. On June 16, 1875, he consecrated the Church dedicated to the Sacred Heart of Jesus. He died on February 7, 1878, after 32 years of Pontificate. John Paul II beatified him on September 3, 2000, together with Pope John XXIII.