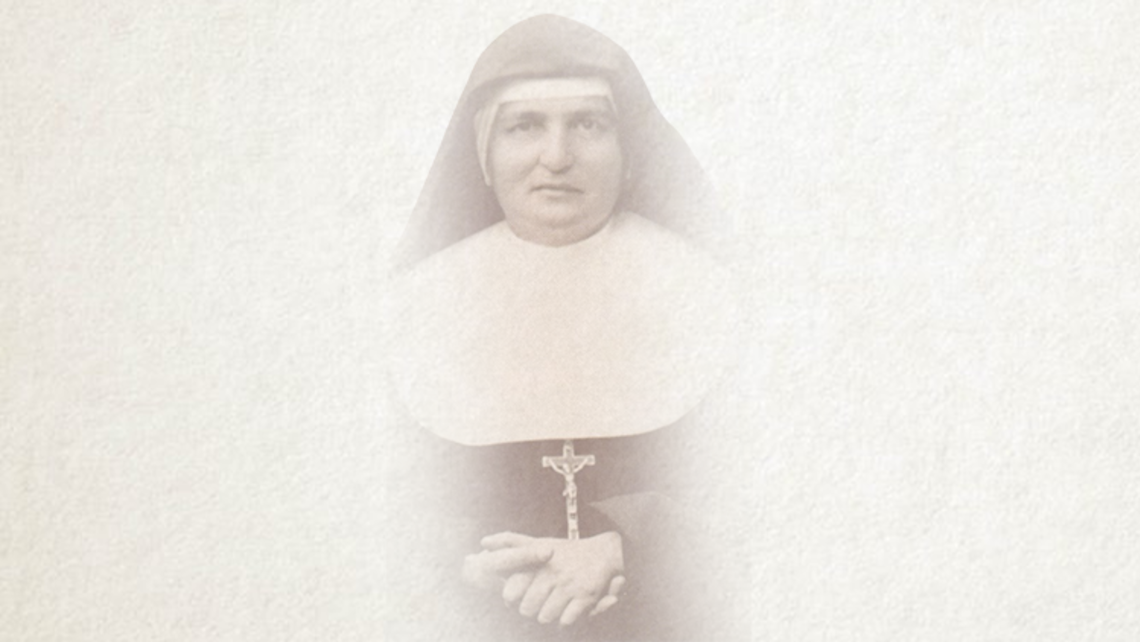 Maddalena Caterina Morano was born in Chieri, in the province of Turin, on November 15, 1847. Her father, Francis, died when she was eight, and she began to help her mother with her work.

Thanks to her uncle, a priest, she was able to resume her studies. Her teacher appointed her to help the little ones. Meanwhile, she met Don Bosco for the first time while walking to Buttigliera d’Asti. Maddalena wanted to teach, and gained her teacher's certificate when she was 17.

When she was 19, she began teaching at Montaldo Torinese. She did this with diligence and competence for 14 years, earning the respect and esteem of the entire neighbourhood. Finally, Maddalena took her spiritual director's advice and, after having bought a home for her mother with her savings, went to speak to Don Bosco, who directed her towards Mornese, where Mother Mazzarello happily welcomed her.

She immediately began teaching. In 1880, she consecrated herself to God through perpetual vows and asked the Lord for the grace "of staying alive until she had become a saint." In 1881, at the request of the Archbishop of Catania, Maddalena was invited to direct the new work at Trecastagni, where three teachers were working. For four years, she was in charge, and taught, washed, cooked, etc. She also was a catechist, but especially a witness to the point where the girls were always calling, asking, "we want to be like her!"

After a pause of a year in Turin, where she was in charge of the FMA community at Valdocco, she was sent to Sicily as Visitor, directress and novice mistress. Hers was the task of founding new communities and forming holy Sisters. Constantly with "one glance to earth and ten to heaven," she opened schools, oratories, hostels, and workshops everywhere on the island.

Numerous vocations came, attracted by her zeal and the community spirit she created around her. Her multiple apostolates were welcomed and encouraged by the Bishops. At Catania, they gave her all the catechetics to look after, the foundation of new oratories, and the Teacher's College.

She was very devoted to Saint Joseph and Mary Help of Christians, who guided her in founding new works, and she was successful in spreading Don Bosco's charism and the Preventive System.

Suffering from a tumor, Sr. Morano died at Catania on March 26, 1908. At the time of her death, there were 18 Houses in Sicily, 142 Sisters, 20 novices, and 9 postulants. In the city where she died, St. John Paul II proclaimed her Blessed on the November 5, 1994. Her remains are venerated at Alì Terme (Messina).