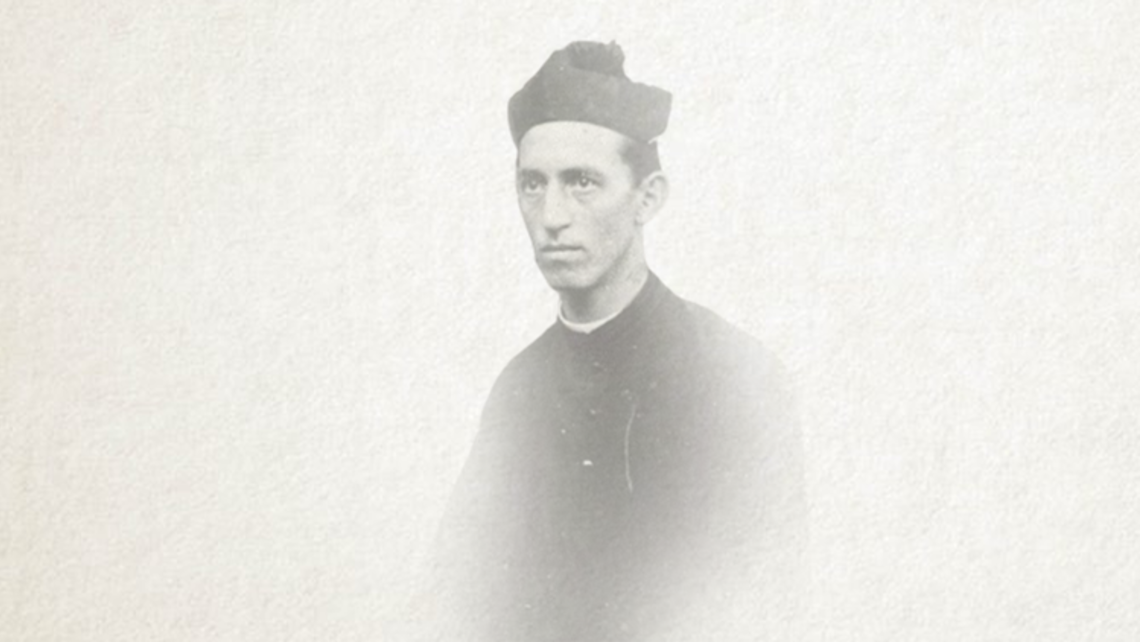 Louis Variara was born in Viarigi in the province of Asti on January 15, 1875 to a deeply Christian family. His father, Pietro, had heard Don Bosco speak in 1856 when he had arrived in the village to preach a mission.

He decided to take Louis to Valdocco to continue his studies. The saint would die four months later. However, the fact that young Louis had got to know him was enough to mark him for life.

When he finished high school, he asked to become a Salesian. He entered the novitiate on August 17, 1891. Louis studied philosophy at Valsalice, where he met Fr. Andrew Beltrami, who impressed him with the joy with which he faced his illness. In 1894, Fr. Unia, the famous missionary of the lepers at Agua de Dios, was in Valsalice to choose a cleric to look after the young lepers. Among the 188 companions who had the same aspiration, fixing his gaze on Variara, he said: “This one is mine.”

Louis arrived in Agua de Dios on August 6, 1894. The mission had 2000 inhabitants, of whom 800 were lepers. As soon as he arrived, he became the soul of all the patients, particularly children. He organized a band, which animated the sick with an unexpected festive atmosphere. In 1895, Fr. Unia died, and Luigi was left alone with Fr. Crippa.

In 1898, Louis was ordained a priest. He soon turned out to be an excellent spiritual director. In 1905, the construction of the “Asilo don Unia” concluded, a place capable of hosting up to 150 orphans and lepers, and guaranteeing them education in a trade and future insertion into society. In Agua de Dios, the Sisters of Providence had started the Association of the Daughters of Mary, a group of 200 girls. He served as their confessor and identified some calls to religious life in the group. Thus, the bold project was born—a unique thing in the Church—of an Institute that would allow the acceptance of leprosy patients. Inspired by the spirituality of Fr. Beltrami, he developed the Salesian “victimal” charism and founded the Congregation of the Daughters of the Sacred Hearts of Jesus and Mary, which today numbers 600 religious.

Due to this foundation, he had much to suffer from the misunderstanding of the people and some superiors, who thought it best to remove him from Agua de Dios several times. Like Don Bosco, he was exemplary in obedience. Faced with slander, he did not say a word. Therefore, he was credible because he was obedient.

Fr. Rua from Turin encouraged Luigi before he died. Today, Luigi rests in Agua de Dios, in the chapel of his Daughters.