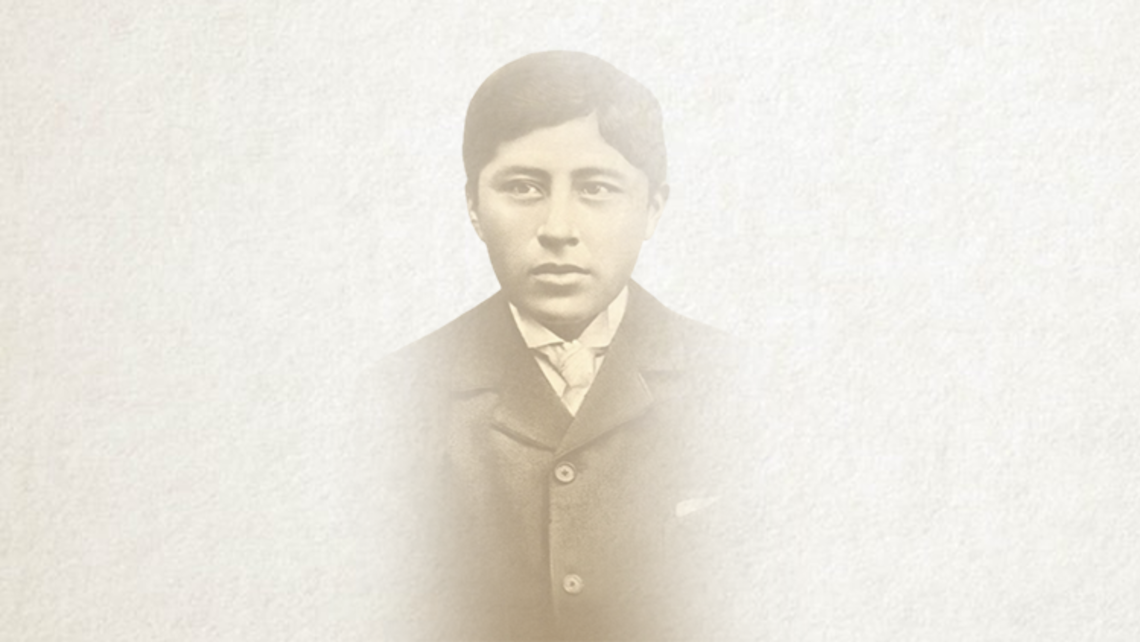 Birth and school in Buenos Aires

Ceferino Namuncurá was born on August 26, 1886 in Chimpay, on the banks of the Rio Negro. His father, Manuel, the last great cacique (leader) of the Indigenous Araucan tribes, had surrendered three years earlier to the troops of the Argentine Republic. After 11 years of life in the open countryside, Manuel Namuncurá sent Ceferino to study in Buenos Aires, so he could defend his race in the future. The family atmosphere in the Salesian college made him fall in love with Don Bosco.

The spiritual dimension grew in him, and he began to desire to become a Salesian priest to evangelise his people. He chose Dominic Savio as a model, and, during five years, through the extraordinary effort to enter a totally new culture, he himself became another Dominic Savio. His commitment to piety, charity, daily duties, and ascetic exercise was exemplary.

Although he once found it difficult to "get in line" or "obey the bell," Ceferino gradually became a true model. As Don Bosco would have wanted, he was exact in fulfilling his duties of study and prayer. He was the referee at recreation, and his word was acccpted by any schoolmates who were in disagreement. The care with which he made the sign of the cross, as if he were meditating on every word, impressed people. By his example, he corrected his companions by teaching them to do it slowly and with devotion. In l903—when Ceferino was nearly 17 years old and his father was baptised at the age 80—Bishop Cagliero accepted him among the group of aspirants in Viedma, capital of the Apostolic Vicariate, to begin the study of Latin.

The Salesian bishop decided to take Ceferino to Italy so he could continue his studies in a more serious way and in a climate that seemed more suitable for his poor health. In Italy, he met Fr. Rua and Pope Pius X, who blessed him with emotion. He attended school in Turin and later in the Salesian Villa Sora College in Frascati. He studied so hard to be the second of the class.

Sadly, he fell victom to an undiagnosed case of tuberculosis. On March 28, 1905, he was taken to the Fatebenefratelli hospital on the Tiber Island in Rome. He died peacefully nearly two months later on May 11. Since 1924, his mortal remains have been in his homeland, at Fortín Mercedes, where crowds of pilgrims come to venerate him.

Decalred Venerable June 22, 1972; beatified on November 11, 2007 during the pontificate of Benedict XVI.