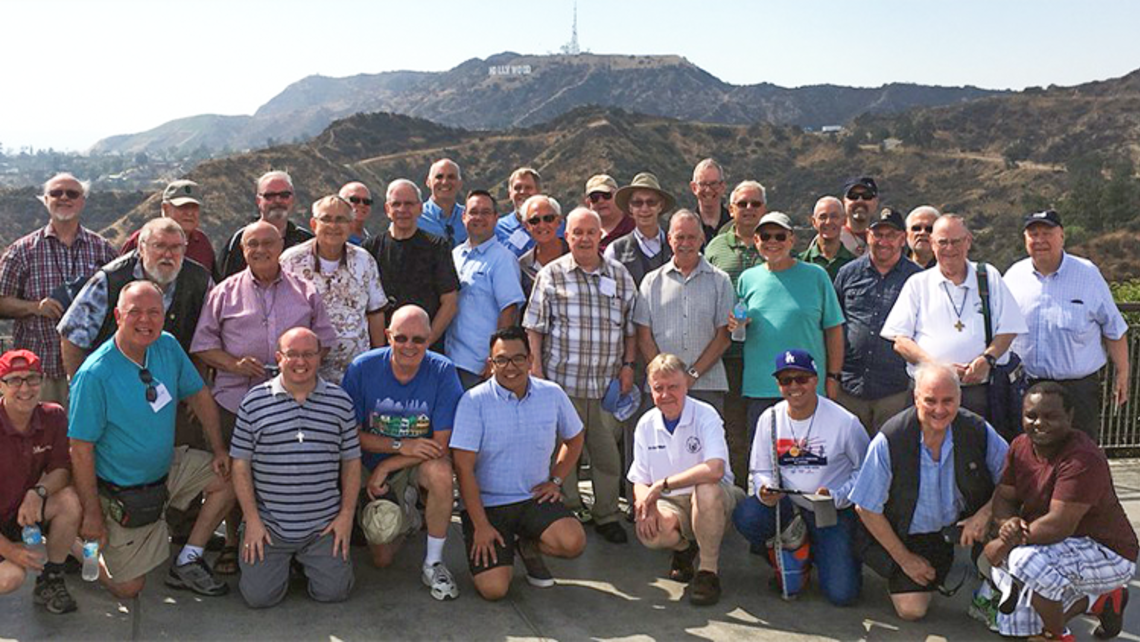 The Religious Brothers 50th Jubilee Assembly was held Monday, July 12 through Wednesday, July 14. Due to the pandemic, the annual assembly was virtual. Salesians who participated in the Virtual Brothers Assembly included Brs. Jerry Meegan, Tom Sweeney, and myself. The theme of the Assembly was “Brothers in the 21st Century: Brothers as Prophetic Witnesses.” The guest speaker was Br. Mickey McGrath, Oblate of St. Francis de Sales. Br. Mickey is an artist and has produced many contemporary paintings depicting saints from the early and modern Church and other beautiful artwork. He is a good and down-to-earth speaker, very forward in his thinking of God, the Church, and the vocation of a brother. He quoted Pope Francis a lot. One citation was, “The Lord asked us to commit to the present time, without nostalgia for the past.”

There were many reflections from different brothers, which allowed participants to share their personal experiences and learn from each other. Br. Jerry Meegan recommended to “talk about the brother vocation to people we meet.” Good advice was given to the brothers to “Stay engaged, be active in the mission.” Another brother said, “The Brother vocation is the best-kept secret.” Brothers are the bridges in the Church. We are to bring new life, new hope, and credible witness to our brothers in the community and in our ministry.

Br. Steve Glodek, SM, the outgoing President of the Religious Brother’s Conference (RBC), gave his closing speech to the assembly. A new style of leadership will take place in the upcoming year, one of shared leadership among all the existing executive board members of RBC. The next RBC assembly will take place July 18-21, 2022, at Mater Dolorosa, Passionist retreat center in Sierra Madre, CA.

The virtual brothers’ assembly was a most enjoyable and inspiring experience. All Salesian brothers should mark their calendars now so they can participate next year.

How Amy El-Zammar Found Her Salesian Home at the DBYLC

The executive director would be a full-time employee. END_OF_DOCUMENT_TOKEN_TO_BE_REPLACED